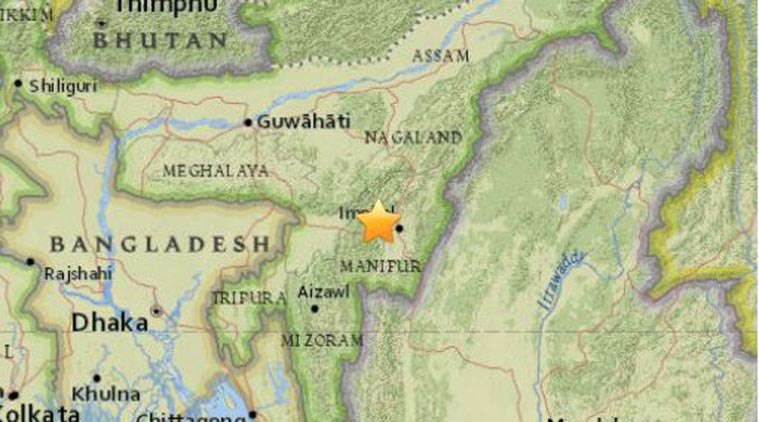 According to the US Geological Survey, the quake hit at 04:35 IST (23:05 GMT Sunday) about 29km (18 miles) northwest of Imphal, the capital of Manipur state. The Earthquake on 4th Jan Hits North East India with 6.8 magnitude which is really strong one. The people said that there were strong tremors have been felt across the region. The Shacking and tremor cracked walls. Imphal Police said, “a newly built six-story building in Imphal collapsed”. Other buildings were also reported to have been damaged.

The number of people died is less, only one person died, but the casualty is high to 50. The shaking was also felt in Kolkata which is 600 km away from Manipur. A local resident told that Many people were seen coming out their house due to these shaking. These tremors were also felt in the streets in Bangladesh as well.

The North East India region has a history of powerful earthquakes caused by the northward collision of the Indian and Eurasian plates. They are moving towards each other at a rate of 4-5cm per year. Some of the worst Earthquake that have been seen in past included the Pakistan-administered Kashmir which left more than 75,000 people dead and another one hit Nepal in April 2015 that killed 9,000 people.