43 of 55 McDonald’s outlets are being shut in Delhi due to health license. Yes, you heard it right. It’s really 43 out of 55! It is really a bad news not only for McDonald’s (U.S. based fast food chain) but also for all the McDonald’s lovers out there.  This decision was taken during a board meeting via Skype on 29 June morning.

All these outlets are said to be shut down from 29 June itself and the reason being told is failure in renewing their license by CPRL (Connaught Plaza Restaurants Pvt. Ltd.) which is McDonald’s North and East India licensee. Although, McDonald’s India did not elaborate on the reasons behind this failure.

The Indian subsidiary of McDonald’s has given out this statement confirming that “the eating house licences of a number of McDonald’s restaurants in Delhi have expired”. He also added that CPRL is working to obtain the license as soon as possible. 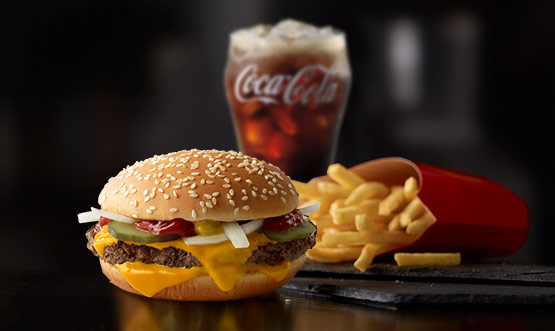 McDonald’s India Pvt. Ltd. Also stated- “Pending this, CPRL is temporarily suspending the operations of the affected restaurants. McDonald’s is committed to ensuring that our restaurants are operating in full compliance with McDonald’s standards and applicable regulations. India continues to be an important market for McDonald’s and we are committed to working with CPRL to resolve the issue as soon as possible,”

CPRL is a local joint venture between McDonald’s and Vikram Bakshi (former Managing Director of CPRL) operating over 165 McDonals’s restaurants. There’s a tussle going on between both these partners over control of CPRL since two years. Also, the arbitration proceeding is being by McDonald’s regarding this matter in London Court of International Arbitration.

“As this is a temporary shut down, all employees working in these restaurants shall be retained,” said Bakshi.

Earlier, in 2013, McDonald’s was accused by Bakshi of oppression and mismanagement when the former voted against him being re-elected as Managing Director of CPRL. And that’s when this tussle is said to be started. Also, later in the same year, McDonald’s had invoked arbitration and cancelled the joint venture agreement with Bakshi.

This suspension may not adversely affect McDonald’s but there are several other fast food chains competing with it like Subway, Dominos, KFC and more which may get benefitted b this incident. As said by Kiran Khalap (co- founder of Brand and Communications Consultancy) in her words, “The brand’s goodwill and popularity will not be affected in the long run, simply because the incident has not happened because of a transgression of a promise made to a consumer. But competitors of McDonald’s will definitely gain from its absence,”

All this being said, we just hope that McDonald’s renew their required licenses and come back as soon as possible.