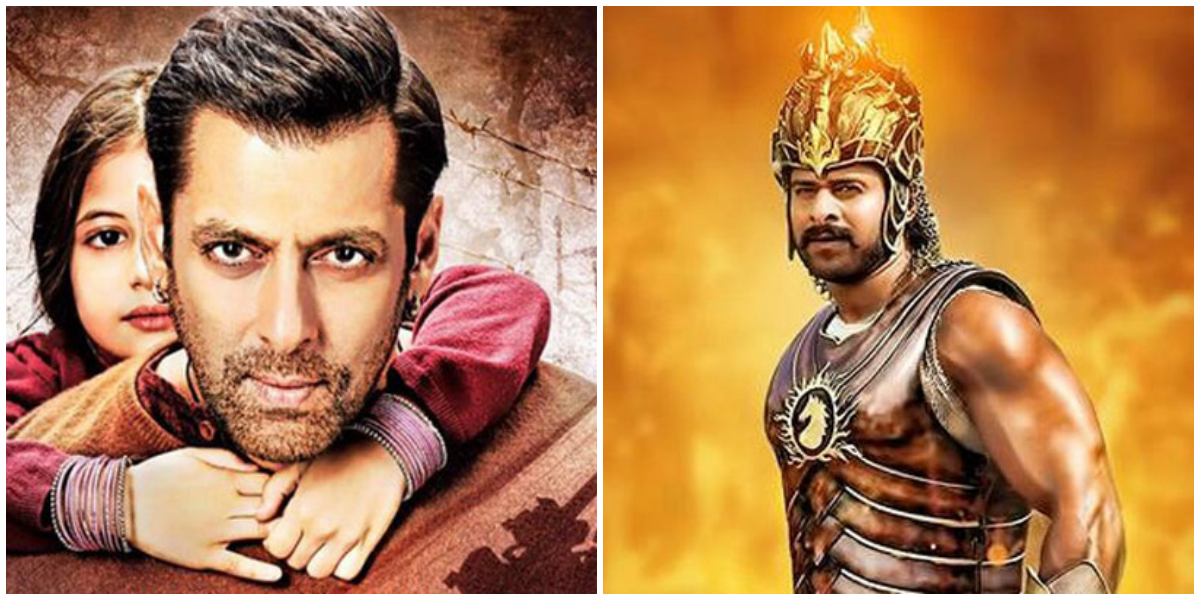 When the Movies are made, there are many things that effect it. Being the biggest budget movie, being a movie with superstar, being a movie with Salman Khan, Shah Rukh Khan or Aamir Khan. So this year 2015, there were 2 movies released which made some record in the Box Office and in the heart of Fans, Audience. The First one is Bahubali, the Telugu movie released and made some marvelous record. It collected Rs. 100 Crore in 2 days. Being the biggest budget movie ever made. Then came the Salman khan Starrer Bajrnagi Bhaijaan which collected 100 crore in 3 days.

So here is the Comparison of the two movies box office collection. But before comparing the movie lets see some details about both the movies.

So here were the movie details, but there is a thing which is common in both. The Story writer, both the movies are written by same writer. Which means that the success of both movies also is because of the writer.

The movie Bajrangi Bhaijaan has given a tremendous start with 27.25 crore opening day collection and continued the work. The Movie is in the 9th Day of the Release and it has already left Aamir Khan’s PK and Prabhas Baahubali Behind. Lets wait and see how the movie Bajrangi Bhaijaan perfoms till the 10th day after the release. And many more records are made and broken.