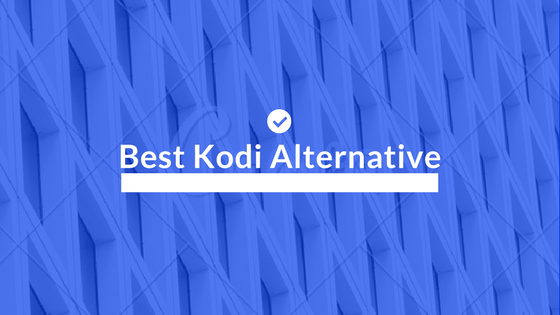 Best Kodi Alternatives: Have you ever heard about Kodi? Well, if you are here from the search engine then you must have known about Kodi and looking for its alternative. In case if you are a regular reader of this blog then let me give you a brief description about it. Kodi is a free and open source software which is designed to consume streaming media and available on many operating systems. Kodi is the most popular media player software.

But now many most popular add-ons for various streaming services are being banned and shut down due to some legal issues. That’s why Kodi users have started to look for Kodi alternatives. But still, Kodi media center software is not illegal. You can still use it. It depends on you that how you use it. You can install Kodi On Roku. The illegal part is that people are selling Fully Loaded Kodi boxes which come along third party Kodi-add-ons by which you can access Premium Channels, Live Sports, Movies, TV Series, etc illegally.

But still there are some best Kodi alternatives available over the web and we are here listing them. If you are looking for Best Kodi Alternatives, then you can surely go for Plex. It’s available in both free and paid version. Of course, paid version has some extra features than the free version. Plex has many awesome features. It’s the perfect software for streaming locally stored digital media on devices more than one over the network because of its client-server architecture. Also, plex has a home theater software application, by which you can view or manage your media library through a user interface. Plex has a huge collection of channels as the same way Kodi has various add-ons which make Kodi so great. Even if you have low powered PC then also you can use Plex. Plex is the most popular Kodi Alternatives.

Earlier emby was just a simple media browser and it has limited features. But now latest version of Emby has come up with lots of awesome features. You can enjoy Cloud Sync or Folder Sync. And if you want to enhance your viewing pleasure then you can go for Emby. Also this software has a feature named Parental Control which can detect DLNA service. Emby is available in three classifications. First one is Emby Server, Mobile Apps, and TV Apps. The second one is the Emby servers available for Mac, Windows, and Linux. And the last one is of the TV apps that offer a support for Android TV, Samsung Smart TV, Chromecast, and many others. So Emby is also one of the Best Kodi Alternative.

Stremio is also great alternative for Kodi. By using this service, you can enjoy movies, TV shows, live TV, channels, series, etc. from various different platform and even all from a single screen. Also the quality of the video is high on all platform. Stremio provides great watching experience with additional features such as the casting support or subtitle support. If you want to make a personal library for all of your favourite shows or movies then there is a option for you in Stremio. Stremio is available for the most of the devices. And you can sync your library on all of the devices. It has a featured named  Linvo Database which make sure that the data is properly arranged on each device. To use stremio service you need to make a account there which is quite easy.

This Kodi Alternative has got some cool an awesome feature which makes worth trying it. At first, you can record live TV and you can pay any media files from your DVDs or Blu-Rays or hard drive. By using this software users can listen to all of your music, radio, and stream your media on Home Theatre or PC inside of the home network. MediaPortal also allows you to install add-ons and if you install proper add-ons, you can stream content from the popular services that you like. Actually, MediaPortal is mostly designed on the basis of Kodi which make MediaPortal a Best Kodi Alternative. The only cons of this software is that is available only for windows user.

Its the best Kodi alternative for Android users. Terrarium Tv is an android app in which you can watch TV shows and movies. You can watch, stream and download all of your favorite TV shows and movies. And this is app is totally free. Most of the content is streamed from Google Drive or Google Video in this app, which means that there is an additional layer of privacy when it comes to your media browsing. Also this app displays some info about the content which you can see before you watch your content.

Kodi is best ever media player software with lots of features but still, if you want to try alternatives of it then you can give a try to above given Best Kodi Alternative which are worth trying. Let us know your favorite Kodi Alternative in the comment section.