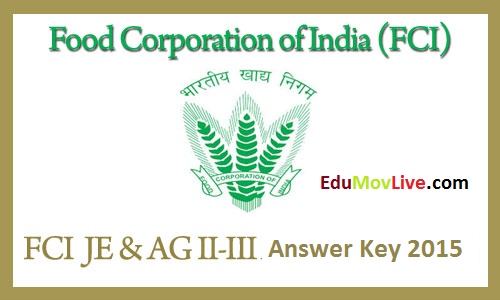 Food Corporation of India had announced filling of 4318 posts of Junior Engineer (Civil/ Electrical/ Mechanical), Typist & Assistant Grade II & III for North, South, East, West & North East Zone. The application process of FCI started from 16 February 2015 and the last date to apply was 17 March 2015.
Food Corporation of India had advertised for 4318 posts of AG & JE(Civil & Mechanical). All the interested candidates applied for the posts. After filling up the form all the candidates are waiting for the FCI JE Admit Card 2015 to be released. So that they can appear in the examination for FCI. The test is to be held in morning and evening sessions.

Candidates, who are not able to generate their Admit Cards online at least one week before the date of the examination, should contact at above email ID.