Virat Kohli Became India’s Most Stylish Cricketer- The phenomenon that Virat Kohli has managed to become is indeed a story worth all the hype it’s getting. While the swashbuckling batsman has held the Indian cricketing team on his shoulders, he is also multi-tasking as a major style icon in the country. But before all this, he too had a humble beginning. Here’s tracing the style evolution of India’s run machine. 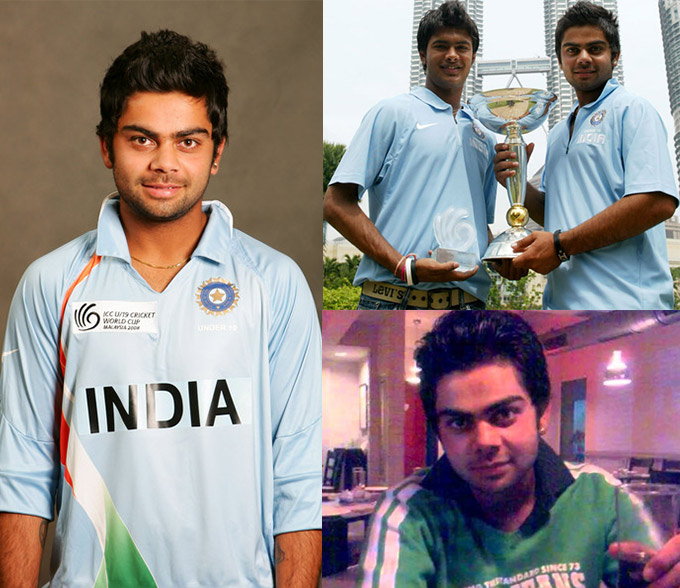 2008 – 2010: Virat Kohli rose to the limelight when he captained India’s Under-19 team to a famous World Cup victory. In his late teens, Virat had a quintessentially boyish style that was defined by his love for denims and graphic tees. Virat would also wear a stud in one year. In all, his style was flashy and boyish. 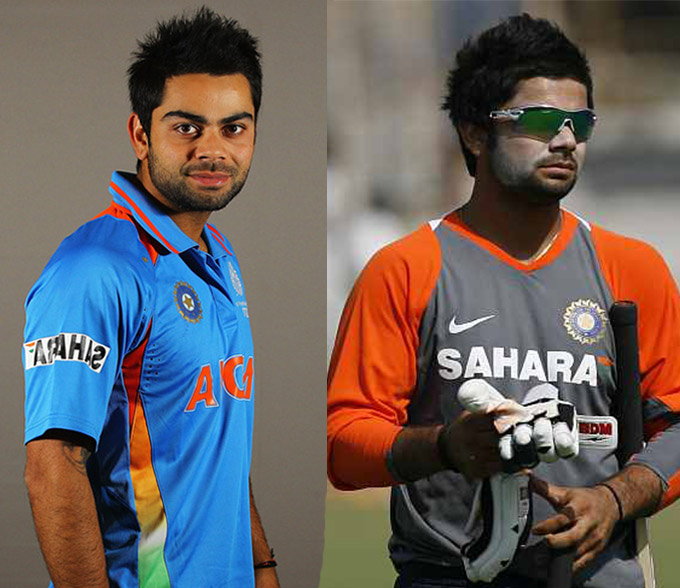 2011: Virat had begun showing signs of maturing as a cricketer. His temperament as a hyper-aggressive batsman was debated across the world. On the fashion side, he began to mellow down somewhat, but his casual flashy tees stayed with him. Virat sported a lush Mohawk hairstyle for the World Cup that happened the same year. His shirts and tees would be tucked out, epitomizing a casual defiance. 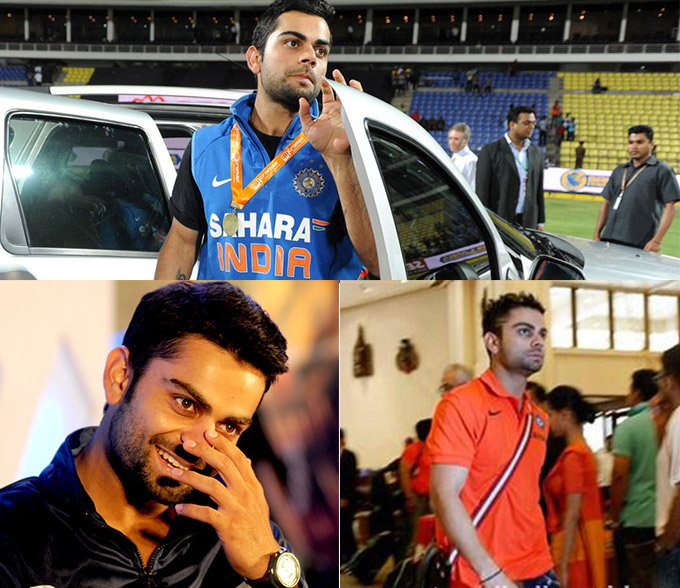 2012: Virat had risen sharply in the ranks of batsmen across the world and had become a staple in the team. His style too changed from this year on and dramatically so. Virat had his hair cut from the side and the top heavy look became very popular. He grew a light scruff, and his tees and their graphics turned subtle. The bright looks gave way for smarter, subtler hues. 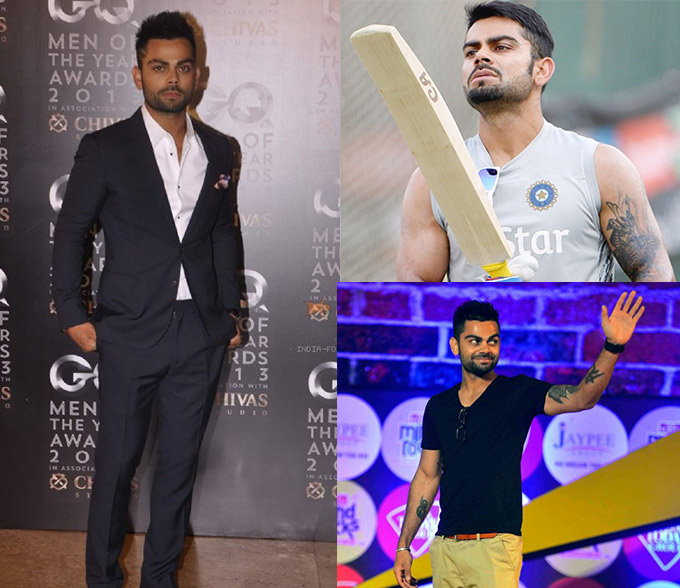 2013: Kohli made himself the heir apparent of Indian cricket. His style changed dramatically and Kohli was suddenly being admired in the fashion fraternity. He lost a lot of weight and from a cute chubby boy, became a smart lean dude. His hair remained on the shorter side. He was now spotted in classy polos, shirts, tees and simple tank tops. Virat’s images in suits and classy formals became a rage. Kohli had officially arrived in fashion too. 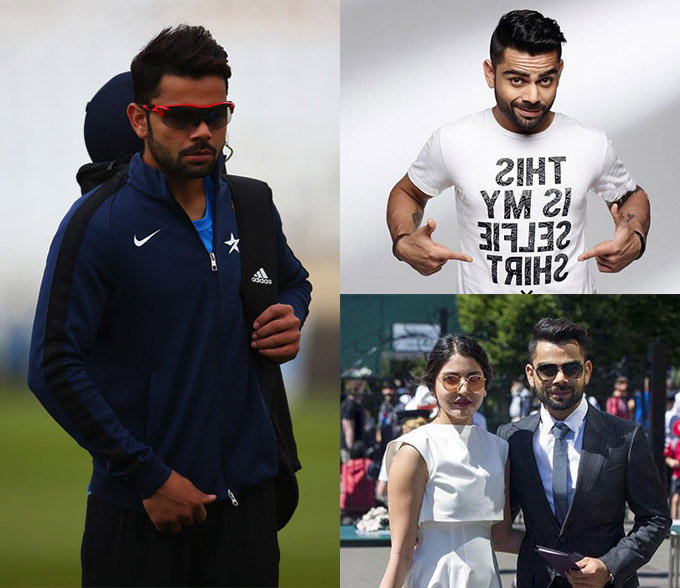 2014: Virat continued his brilliant run with cricket and fashion unabated. He grew leaner and the facial hair became more evident. His scruff became permanent but his hairstyles kept changing. Somehow, Virat over all these years never sported longer hair. 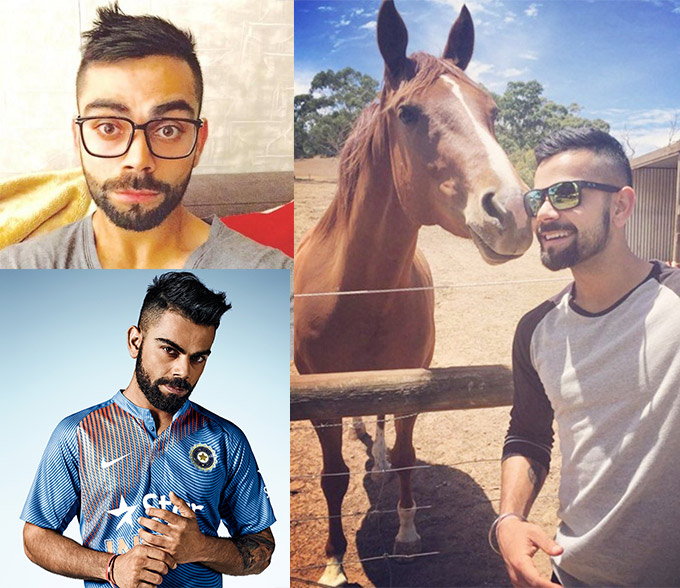 2015 to present: Presiding over Team India’s test captaincy, Virat has matured amazingly well. He had a simple side parting for a long time and wore simple tees and polos for his outings. The ripped denims and flashy tees are now packed away but Virat has made the sport-luxe trend his own. He is hailed for his smart dressing and classy style.