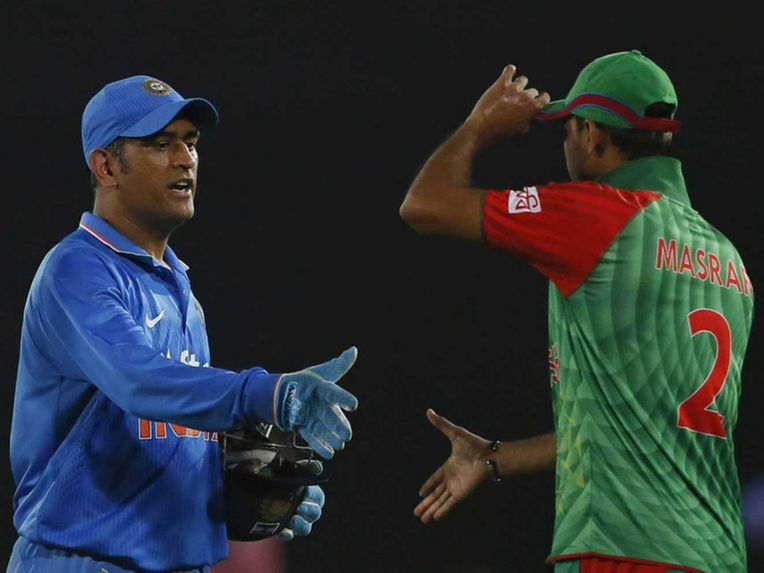 India Vs Bangladesh- Today on Asia Cup T20 Final 2016 India and Bangladesh and in front of eath other. Cricket Match has been started. Check here India Chances to Win Asia Cup T20 2016- Neighbouring countries India and Pakistan already faced each other on March 4 in the Asia Cup T20 2016 at Dhaka. With political speculations in their wake, the cricket teams of both the countries will play against each other in a much awaited match that is expected to be explosive. India beat her neighbour in last year’s edition of the Asia Cup and is currently running as the favourite for the upcoming match.

Keeping in mind history of cricket of both the countries, both the teams have had their share of wins in One Day Internationals (ODIs). However, when it comes to T20 Internationals (T20Is), India has had the upper hand whenever both these countries play against each other.

So what makes India a favourite with right now? Well, it looks like the Indian team has everything going for them with their chances to win Asia Cup T20 2016. One of the aspects of the team, that people are swearing by now, is the batting line up. And formidable it is! With the likes of Shikhar Dhawan, Rohit Sharma and Virat Kohli shattering the confidence of the other team in the recently played series between Australia and Sri Lanka, The Pakistani team should be expecting a similar wave of batting performances.

Among the reasons why India is favourite today is the formidable Ravichandran Ashwin. Having mowed down Sri Lankan batsmen in recent three match series against the country this Indian spinner has shown a lot of mettle on the field. There is no doubt that the Indian team has been in great form, and we can tell by its performance in the recently held T20 series. There has been a generous amount of matches that the team has won. These wins speak volumes about the enthusiasm that the players are playing with.

Previous T20 match highlights are a testimony to what the Indian team has been doing on the field. Sports writers have mooted that, presently, the Indian team has one of the best fielding units in the world. The team, as a whole has proved itself with Dhoni’s quick reflexes behind the wickets, and Jadeja, Rohit and Raina have been a force to reckon with on the field.

So when India faces Pakistan in Dhaka, the Pakistani team will have to put up a tough fight against the Indian team. If India continues to play the way it has been playing the last two series, they would be able to keep their honour and stake in the T20Is. Indian team is making all possible efforts in order to win the most coveted trophy.

India and Bangladesh clash in the Asia Cup final on Sunday in Mirpur for the first time in the history of the tournament. While India are unbeaten in this edition, Bangladesh have just lost one match and that only to India. They have beaten Pakistan and Sri Lanka en route the final and would be the crowd favourites on Sunday. But India have been in some top form since the Australia tour in January and would like to keep their winning momentum before the World T20.