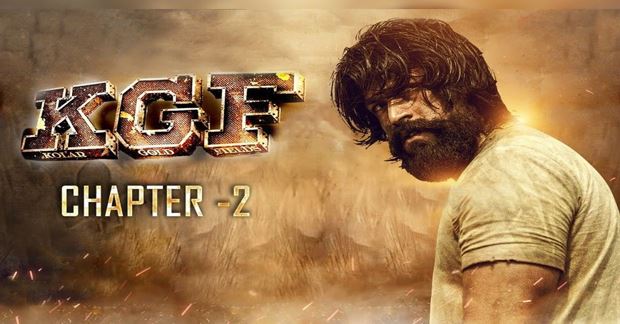 KGF Chapter 2 movie is directed by Prashanth Neel and is one of the upcoming Kannada language action films. KGF Chapter 2 is the sequel of KGF Chapter 1 that was released in 2018. Bollywood actor Sanjay Dutt is also going to be a part of the sequel and Star lead is Yash from the first film. The KGF Chapter 2 release is expected to be in April 2020 and the movie will be dubbed in 4 languages which are Hindi, Tamil, Telugu and Malayalam languages.

Sanjay Dutt confirmed his speculations in July 2019 for his appearance in the film. The crew has released KGF Chapter 2’s first poster on Sanjay Dutt’s 60th birthday on 29th July. Yash remarked Sanjay Dutt is a wonderful and experienced actor and when elements like his Image, Physical appearance, legacy. Sanjay Dutt compared this character of adheera to Thanos and has revealed that it has shown to be a dangerous character with scary makeup on him adding to it that this is the only role he is looking for. It has been rumored that Raveena Tandon would appear in the sequel as well but there is no confirmation from the crew’s side. It has been reported that the Tamil actor Saran Sakthi will be playing an important role in the film.

The film is produced by Humble films. Sharing the first look poster of the film, Humble film production wrote: “ Rebuilding an Empire” which encapsulates the mood of this film. In the Poster, Yash is leading the group of people who had been toiled for many years in KGF ( Kolar Gold Fields ). According to multiple reports, KGF Chapter 2 release is expected in July 2020, however, the makers are yet to announce the official date of release. In an Interview earlier, Yash said the presentation scale is going to be larger this time. Now that KGF has become a recognized brand all around, we have many expectations to live up to. It is not that with the first part we were any less careful, but now in the sequel, we are aiming at some technical aspects up a notch. We might need to get help from foreign technicians as the Script of the film contains certain complex action sequences.

Prashanth Neel’s movie KGF Chapter 1 which has been released in 2018, made the entire world to appreciate his work. It has also got Yash to nationwide fame, and he has become one of the emerging Pan India actors. Sanjay Dutt has compared his character to Thanos from movie Avengers. He added, “If you have seen  Thanos of Avengers, Character of Adheera in the movie is pretty much Powerful like Thanos only”. Adhere with a dangerous look is a very dangerous character and this the type of role he was looking for, for a long time.

The Star Yash, a few days back had shared a poster of KGF Chapter 2 with a Tagline – “Rebuilding an Empire”. Since then, the audience can’t keep calm to take a glance at thrills, actions and Sanjay Dutt’s appearance in the official teaser. Moreover, it would be a treat to watch Raveena Tandon, Srinidhi Shetty, Anant Nag and Malvika Avinash in major roles. In a recent Interview, Yash was asked by a reporter about the movie But he denied to say anything before its release. Yash said – “ I speak about my movies till they hit the Screens. I will talk about it, once it is out. I would not open my mouth at all if the movie turns out to be hit. Because it might make you lose to your focus”.

The KGF first part was the first Kannada movie to earn over 300 crores, of course, it was the trendsetter. From the second part of KGF, the expectations are way too high. The Fans need to wait for few more days to take a glance at the sequel KGF Chapter 2 and watch your favorite Sanjay Dutt and Yash as Rocky and Adheera.

KGF Chapter 1 has gained immense popularity in the industry and worldwide so that it was later offered to dubbed in different languages too – Hindi, Tamil, Telugu, and Malayalam. However, the original language of the movie is Kannada and Other languages also especially Hindi, did pretty well at the Box Office. The movie emphasizes the poor young boy and his journey to Power.