Bollywood has always been known for its amazing movies, drama, action and moreover relationships. We have heard many relationships going up and down, break up, patch up and what not. Recently the news came into with the Break-up of Katrina kaif and Ranbir Kapoor. But what happened next was unexpected. If you have followed Bigg Boss 9 Grand Finale, you would have sure been shocked. That Katrina Kaif was on the show with Salman Khan (Her Ex- Boy Friend). Was Katrina Kaif’s Closeness with Salman Khan is a revenge on Ranbir Kapoor? Or there are a much more fishy thing going on in their life. Let’s have a look at past what happened and conclude a new future what might happen.

Katrina Kaif’s Closeness With Salman Khan Is A Revenge On Ranbir Kapoor?

Before the break-up of Katrina and Ranbir, the duo was seen in a bit of fight due to the chemistry that was shared between Ranbir and Deepika Padukone in Tamasha. Anyone has never seen the chemistry too good between Katrina and Ranbir. Ranbir and Deepika were seen together in the promotion of Tamasha movie. They realised every one of their love and relationship. They were seen hugging, cuddling, having fun, and getting cozy for the shutterbugs. 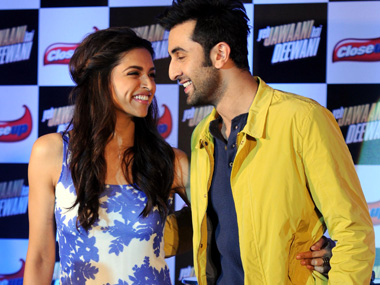 All these things made Katrina a bit jealous and she also had a fight with Ranbir. Which might have ignited the fire between them and which led to the breakup.

Now, after the Break-Up happened. What was Katrina thinking don’t know? But She went to the Bigg Boss 9 Grand Finale. And everyone knows, Salman Khan is the host of Bigg Boss 9. And she didn’t felt awkward facing her ex-bf.

In Bigg Boss 9 set, Salman Complimented Katrina showed her some romantic gesture. Will they be back in a relationship? And if so, Will Salman marry her. As now he is free from Hit and Run Case Charge, he is free from the law. And this year 2016 has already been set as the Marriage Year for Salman Khan by many of the effective people in Bollywood.

So the Season of Break-Up has been started, even few divorce are in rumors the latest one is Malaika and Arbaaz Khan. Let’s wait and see what more happens in Bollywood and how things go in Salman and Katrina’s Life.