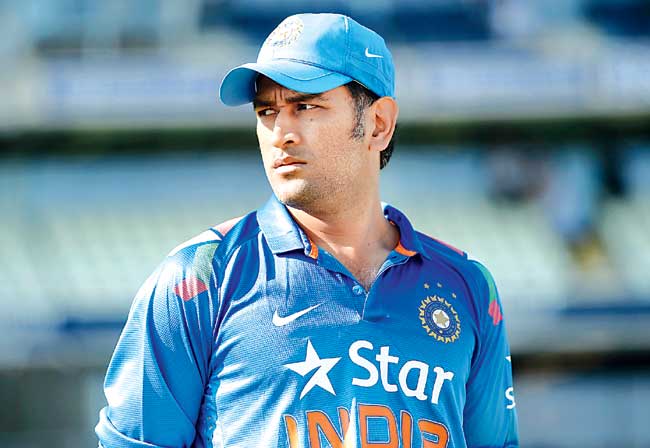 Indian skipper has sent a legal notice to a noted Hindi daily of the country. In the notice he has accused the noted daily of defaming him. The Hindi daily carried a news article about allegations of match-fixing against the famed Indian captain of the cricket team. Dhoni and his lawyers are looking for their options for suing the Hindu daily in tune of Rs. 100 crores for defamation, trauma and mental agony. The newspaper ‘Deccan Chronicle’ carried a report that Dhoni is sending a legal notice to a Hindi Daily who reported that Dhoni had fixed a test match against England at Old Trafford in the year of 2014. The source of the Hindi daily is Sunil Dev. Sunil Dev used to be the manager of the Indian Team for the tour of England. He alleged that Dhoni willfully opted to bat on a wet wicket. This decision of his allegedly resulted in the loss of the five day test match with was wrapped up by the British in only three days.

The notice reads ”Our client (Mahendra Singh Dhoni) reserves the right to institute proceedings for the recovery of damages up to Rs. 100 crores (1 billion) from you on account of the defamation, mental agony and trauma caused to him due to this by causing loss of his reputation”.

If Dhoni is successful in his legal proceeding then, it will be a big setback to the Hindi daily. The amount of money for which Dhoni is suing the newspaper is huge. Though the amount fits the profile of the skipper, yet it will be a big blow for the paper. The name of the Hindi daily is ‘Sun Star’. Legal proceeding have been initiated against the Hindi daily by the team of lawyers of M.S. Dhoni. According to the reports, the reporters of the Hindi daily caught the manager Sunil Dev accusing Dhoni of fixing the match in a sting operation. In the sting operation, Sunil Dev, who was the manager of the team during the England tour of 2014 alleged that Dhoni deliberately chose to opt for batting on a wet pitch which resulted in a humiliating defeat for the team in mere three days! In response to the allegations the legal team of the skipper gave a nine page notice to the Hindi daily to apologise over the issue of to face a defamation suit of Rs. 100Cr.

Dhoni’s legal counsel is Delhi based law firm known as the C&C Associates. The firm termed the allegations of the former manager of the team as a false propaganda and as an attempt to malign the integrity and image of the captain. The notice served by firm has given the hindi daily a time period of 48 hours to apologise or to face defamation proceedings.

The former manager of the team Sunil Dev however denied all the reports as rubbish and said that he had never accused the captain of any such thing. He said that he himself is looking forward to sue the daily for maligning his image as well the image of the Indian skipper.