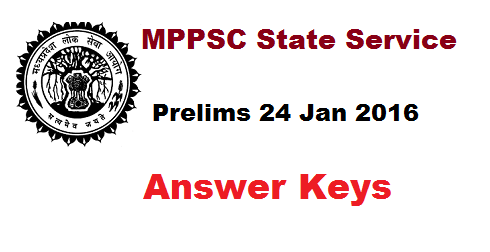 Madhya Pradesh Public Service Commission has been conducting State Service examination from the time of their establishment. Similarly this year 2016, State Service Examination was announced and scheduled for 24th January 2016. So all the aspirants who wanted to work in the Government Department, they applied for the exam and prepared for it. Now the exam date is over, candidates appeared and went through the examination. So all the candidates who appeared are looking for the MPPSC State Service Prelims Answer Key 2016.

The exam seems to moderate and candidates can score well. As per few candidates Paper-I was more difficult then Paper II. But all the candidates need to pass each examination. So the minimum marks or MPPSC State Service Prelim Exam 2016 Cut off marks are given below.

Keep connected to EduMovlive for more information on Education, Movies and much more. Tech News and soon Sports information will also be made live.