The Pakistan government has compelled a travelling ban on one of it’s leading journalist sub sequential he provoked reporting, that civilian officials jolted against military over its privy support for the military.
An assistant editor at Dawn, nation’s oldest & most esteemed English newspaper, Cyril Almeida said this Tuesday, ‘I was been placed on the Exit Control List’. After this report got viral over social media on Friday, the office of Prime Minister Nawaz Sharif has been refusing to it from last three times. 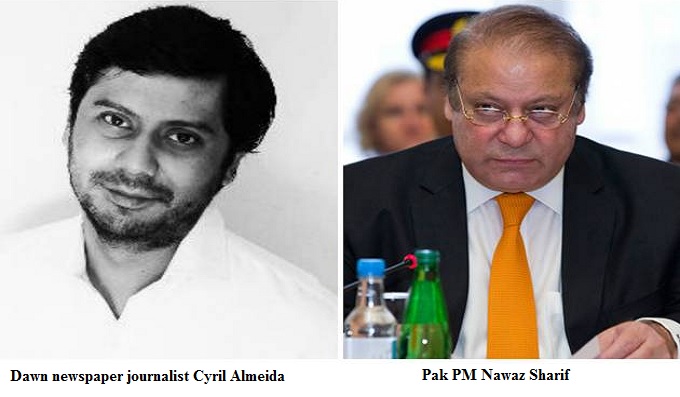 According to Almeida’s report, well-known civilians threatened the mighty military to wash it’s hand off under the table support being provided to delegate fighters like Haqqani networks in league with Afghan Taliban and Lashkar-E-Taiba responsible for Mumbai 2008 blasts either they will be isolated.
After the Uri attack, taken place last month in which army base was demolished, India has now diplomatically isolated Pakistan for supporting terrorists secretively. In this attack, 19 Indian soldiers were killed which lead to an outrage amongst the Indian civilians. Prime Minister Narendra Modi, under his diplomatic policy boycott Pakistan from a regional summit SAARC and various other countries, did too. India regulated ‘Surgical Strikes’ against Pakistan on Line of Control, in the night of September 28, 2016. PM Modi received a huge appreciation for successfully conducting the surgical strike in the darkness of night.
As per Almeida, the civilian government has been issuing an obtuse warning for not putting nose into police’s matters as high stakes ‘against militant groups that are banned or until now considered off-limits for civilian action’. 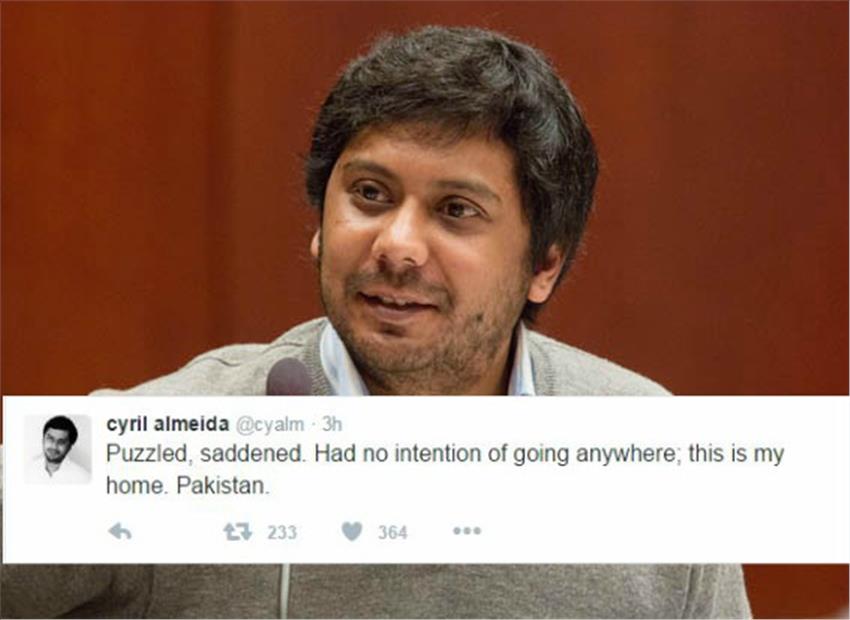 The Islamic groups that reversed their guns inbound toward their own state, Pakistan is only liable for chopping off such Islamic groups and has been supporting various other terrorist groups close-mouthed. In Pakistan, reporters who report against Pakistan they are threatened, beaten up and sometimes killed, it is considered to be a jumbo red-flag for the Pakistani media.

In the year 2011, Human Rights Watch alleged the Pakistan Inter-Service Intelligence (ISI) for killing a journalist Saleem Shahzad, which later on Pakistan denied.In response to this whole hype after Almeida’s statement, Nawaz denied to it three times consecutively and said ‘all the responsible authority will soon be identified and action will be taken against them’.

In response to this whole hype after Almeida’s statement, Nawaz denied to it three times consecutively and said ‘all the responsible authority will soon be identified and action will be taken against them’.
Muhammad Ali Jinnah, the founder father of Pakistan set up a paper and they are standing still by the article itself.

Written By
Shruti Singh
More from Shruti Singh
This is How Instagram Stories can be used well for Brand Building...
Read More