Pink Box Office Collection: The ‘angry young man of Bollywood’ Amitabh Bachchan and Taapsee Pannu starrer movie Pink, it has already created impression on its audiences. A courtroom dramatic art has shown a remarkable income to Pink box office collection. Pink business has created a benchmark for other movies. A marvelous cinematography and direction given by Shoojit Sircar of another daily incidence taking place around us, this happens with anyone & anyway. A story which is bringing pressure to bear upon the audience for watching this movie in theaters. Pink opening day collection was around 4-5 crores approximately which was quite a good start at box office. Pink is a message oriented movie which leaves a very strong message at the end. 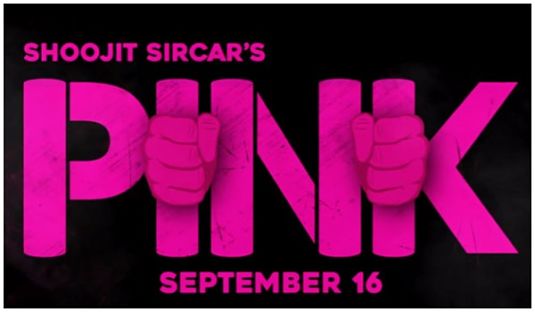 After the grand success of this movie, the entire team organized an interactive press event where each one’s gleeful faces were spotted on Monday 19 September. Apart from Pink box office collection, director Shoojit Sircar was seen tear jerking by the huge response and appreciation his film is receiving and also said that he’s not so concerned regarding the Pink box office collection. In addition to it, Shoojit remarked, ‘The film is on the far side of box office income for him. He’s least bothered about the collection at box offices, mind-boggling response this movie is getting so far.’

Pink was made under a low budget of Rs. 35 crores and released on 1000+ screens worldwide. The star cast of Pink includes Amitabh Bachchan, Taapsee Pannu, Angad Bedi, Piyush Mishra, Dhritiman Chatterjee, Andrea Tariang and Kirti Kulhari in pivotal roles. In the meantime, co-producers of Pink are pleading to get this movie tax free and are on a verge of making it tax free for general public. The cast has been getting messages from fans to get the movie tax free as soon as possible so that it can reach out more & more people across.

Pink box office collection has smacked it along with leaving a very fine feather socially relevant message regarding the choice of women & getting respected by males. It is a youth-centric movie which revolves around the girl’s safety, choices and freedom in today’s date. The chunky dialogues spoken throughout the movie brings out the accuracy altogether. It depicts the current situation of our society which girls are dealing with. The entire cast has played their roles very up to par.

Pink had a face off with Emraan Hashmi’s ‘Raaz Reboot’ which is a lead back, Pink box office collection has a wide difference. According to sources, Raaz Reboot which is a sequel of ‘Raaz 3’ has only earned around Rs. 23 crores approximately.