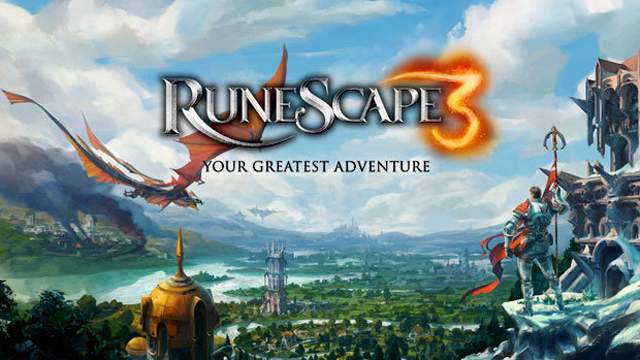 RuneScape 3 Game: Two brothers who set themselves to seek a solution to a near-impossible task that involved the creation of a multi-user graphical dungeon developed RuneScape, the game that we know and love today. RuneScape was launched for the public in the year 2001 with low resolution that was designed for browsers with the popularity that was limited to some 100 players. The game also contained 2-D sprites to represent the monsters in the game.

However, with time, the game increased regarding popularity and voila, several years after its release, the game boasts a fan following of more than a million players who pay for monthly subscriptions. The business empire of Gower Brothers has been estimated to scale close to £113,000,000 just from the earnings through RuneScape.

The RuneScape 3 has come very far when it comes to quality. When you compare the three, the latest version has superior quality graphics as opposed to the very first RuneScape that involved punching the 2-D goblins along with mining fish. If you are someone who has played the first game recently, you might not notice major changes for the same.

However, when it comes to audio, the former version of the game has seen better changes along with the addition of the HTML 5 client which looks way better as compared to Java version. Even when its core game remains the same, the user interface comes with a customization option.

The returning players need to learn about the latest combat system which was introduced way back in November 2012 which shifted the scenario from classic mechanics for combat to something that comes with multiple abilities such as magic, attack, defence, strength, etc. RuneScape 3 has emerged as a game that is ten steps ahead of its predecessors.

This is because of the technological advancements that have brought along amazing graphics for this Massive Multiplayer Online Role-Playing Game (MMORPG) that lets you kill dragons, battle gods, as well as conquer over the mythical creatures while you advance with the help of a well-crafted storyline and master numerous skills while doing so. RuneScape 3 also brings you an opportunity to make new friends via role-playing.

Gamers tend to interact with the use of chat, trade, as well as their involvement in activities and mini-games. Some of the activities tend to be combative while others need to be accomplished with the help of $k3&f5f gamers with collaboration and cooperation to win. RuneScape3 comes as a surprise package with a massive collection of entirely new features that have been added to a pre-existing game. The orchestrated soundtrack has been reworked with a customizable interface for the users with new controls for the camera.

The RuneScape 3 comes along with a big list of updates that include:

RS3 Gold has been developed by the game studios named JaGeX as the digital item which appears as coins available for the player located inside the money pouch. The maximum limit for coins that can be held by the player in a single go comes down to 2.147,483,647. Any excess coin shall be transferred to the inventory of the player.

This currency can only be used in the game for advancing the player’s skill set along with acquiring virtual items that include armour, weapons, as well as cosmetics. You can also buy RuneScape 3 Gold if you happen to run out of the same. All you need to do is look out for service providers such as EZRSGOLD.com.

However, one needs to be careful when purchasing RS3 Gold given the fact that many unethical websites are selling off RS3 Gold that even does not deliver on their promises. Make sure you compare the prices and pick only the best one that has been in business for long to reflect reliability and security for your money.

The game constitutes several quests which follow a particular storyline. The major change implemented by this game is the fact that it doesn’t involve too violent a scenario with no gore or blood when you slay the enemy.