Sanju First Day Box Office Collection- Sanju is one of the most awaited films in 2018, which is set to release on June 29th. Raj Kumar Hirani has always been one of the most promising directors in the Bollywood in this era with his wonderful storyline and perfect executions. There has always been a huge demand for his films all over the country. All his films were loved by audiences and were well appreciated by the critics. The director has a 100 % track record at the box office; a feat which is hard to achieve and something to boast about. The best thing about a Raj Kumar Hirani film is that there is no particular set of audience for his films as everyone of every age tends to enjoy his work. The director of Munnabhai MBBS, Lage Raho Munnabhai, PK, 3 Idiots is all set for a comeback with Sanju. The movie features Ranbir Kapoor in the role of Sanjay Dutt, Paresh Rawal in the role of his father Sunil Dutt, Manisha Koirala in the role of his mother Nargis Dutt, Diya Mirza has his second wife Manyata Dutt, Sonam Kapoor as Tina Munim and many more. With a promising trailer and great star cast along with the team, Sanju Friday box office collection also looks quite promising. 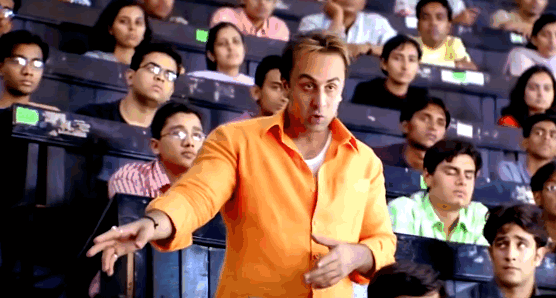 Filmmakers following the path of the biopic

Over the recent years, we have seen a lot of directors taking the path of biopic route. This is mainly due to the urge of the audiences and their constant interest to know more about the people they admire. The success of the films made on the lives of the Olympic athlete Milkha Singh and the former Indian Captain Mahendra Singh Dhoni made a lot of filmmakers to opt for making a biopic. Both these films were a successful venture in the box office and have given enough reasons for the filmmakers to choose this path. The audience tends to get encouragement from the struggles and the experiences that helped the uprising of their admirable person.

Why is Sanju different than other biopics?

While there are lots of biopic on the list, Sanju is the most awaited biopic in the year 2018. The main difference between Sanju and the other contemporary biopic is that it deals with the different controversies that surrounded the life of Sanjay Dutt. The previous biopics were all sports related or about the person that has made a lot of sacrifices in order to make a name for them to achieve the impossible and to make the nation feel proud. But this is the first time that a biopic is about such a person who has seen a lot in his life being in the limelight but has always maintained his position among the big leagues. The filmmakers have admitted the fact that they have not tried to portray the character as a hero but showcase the character as it was. The Sanjay Dutt Bio Film box office Collection will receive some competition and a distributed audience from Salman Khan starrer Race 3 and Manto which features Nawazuddin Siddiqui which also looked promising.

Choosing the cast of the film

One thing we all know about Raj Kumar Hirani is that he is brilliant when it comes to defying an actor in a particular role, whether it is Aamir Khan in PK or Sanjay Dutt in Munna Bhai MBBS. When choosing the cast of the film the director also had to keep in mind about the other casts also, since the film featured Sanjay Dutt’s father and mother also who had an immense influence on his life.  The actor needs to well aware of the different mannerism of the character starting from how they walk to the different situation that they react to. If the characters are not well portrayed there is a chance that the audience may lose their interest in the film. When the trailer was out, the audiences could not but help to agree with the choice Raj Kumar Hirani to portray Ranbir Kapoor as Sanjay Dutt. The trailer showed the hard work and dedication that the actor went through in order to fit himself for the character. Some found it hard to differentiate Ranbir Kapoor with Sanjay Dutt at some places. The trailer talks about the different phases of the life in Sanjay Dutt starting from his drug addiction to get involved in the underworld mishaps. This proved the point that the makers are not holding themselves behind to provide the bold details about the much controversial life of Sanjay Dutt. Ranbir Kapoor, on the other hand, is one of the most promising actors in the latest Bollywood generation and already has some outstanding works to his name. His role in Rockstar and Barfi won him many awards and accreditations and helped him to create a huge fan base. But over the recent time, he has also been struggling to find the right script to essay his acting skills as lots of his films were not making big in the box office. With the failed ventures of Tamasha, Bombay Velvet, Besharam, Roy and an average ADHM, the actor is sure to looking forward to a comeback with this film.

The film is all set to release on a non-holiday Friday. Since the film is based on the much controversial life of Sanjay Dutt and with the kind of fan base that the actor has to his name many trade analysts feel that the collection of the film will not be hampered by the likes of Race 3 which releases on 15th June and Manto on 22th June, the Sanju first day earning can be expected to be around 10 Crore. The collection of the film is expected to experience a gradual increase in the box office collection with time. Many of Ranbir Kapoor’s fans are also looking forward to the comeback that their favorite actor is making with the film. Some analysts and distributors also expect that this film has the potential to be the highest grossing film for Ranbir Kapoor till date. Previously, the highest grossing film of the actor has been Yeh Jawani Hain Deewani which grossed over 150 Crore. Sanju Box Office Collection in the second weekend is expected to secure a position in the 100 Crore club.

Raj Kumar Hirani films have always been in the reputation among the trade analysts and the critics, so the film comes with an advantage of the particular banner. The music of the film has been composed by the Oscar-winning music director, A.R. Rahaman. Though the audience is yet to receive the musical album, it is expected to experience a proper greeting.

If the makers of the film are planning to release the film overseas then the Sanju total box office collection prediction can be somewhere around 200-220 Crore.

It is to be seen in a couple of weeks that whether the success of the film will be inevitable in the hands of the actor or the much-reputed director and the production house. Be that as it may, the movie is expected to perform well at the box office.