There is a buzz about the movie Tubelight because it has Salman Khan in it, and we all know how many Bhai’s fans are all over the world.

In 2015, Kabir Khan and Salman Khan came together to give us a heart wrenching but a beautiful film “Bajrangi Bhaijaan”. It took away our hearts with its extremely beautiful storyline. This time also Kabir Khan has come up with something different which Salman has never done before. So, here’s the Tubelight movie review. 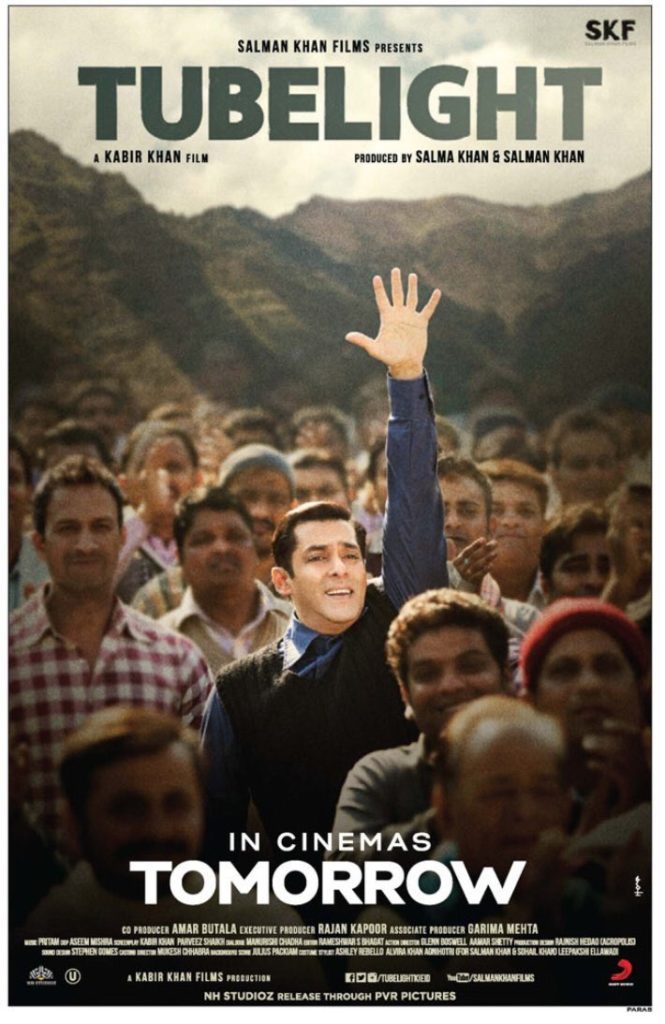 Tubelight is an adaptation of 2015 Hollywood film ‘Little Boy’. Kabir Khan has written the script and dialogues with Parveez Shaika and Manurishi Chadha. The movie revolves around the story of a man’s unshakable faith in himself and the love for his family. With their latest Eid release ‘Tubelight’, Kabir tells us the story of a small-town simpleton Laxman (Salman Khan) who is waiting for his brother Bharat (Sohail Khan) to come back home safely as he is braving the war. It is based on the 1962 Indo-China war.

Tubelight depicts how people and their feeling gets affected when their countries go to war. It also tells us that ‘hope pulls us through in any situation we may find ourselves in’.

In the starting of the movie, we are shown how Laxman (Salman Khan) had spent his childhood. In this movie, he plays a very vulnerable role which is refreshing. It is important to note that for someone who is as bulky and toned up like Salman, it takes some time for us to get used to him playing a role of someone who is considered slow, childlike and emotional. 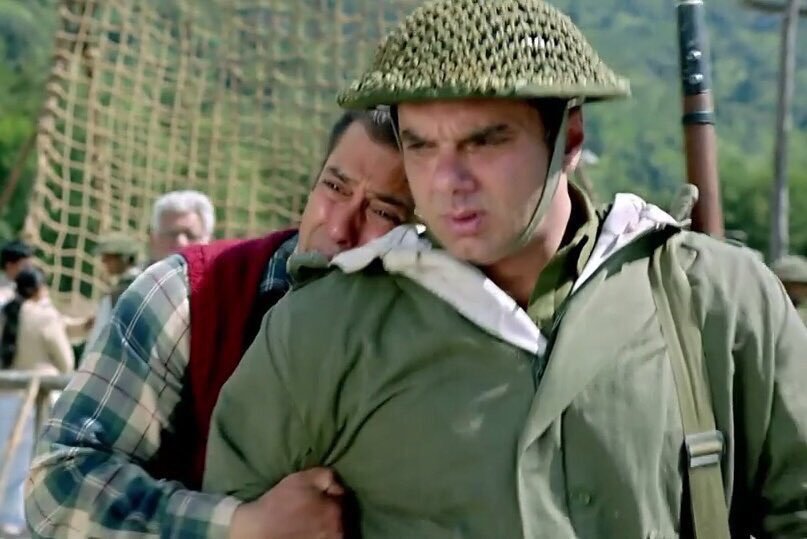 The bond shown between the two brothers is tremendous. Kabir smartly paired up real-life brothers who are extremely close to each other on the screen. Their scenes together are so natural and refreshing. Sohail’s role is limited to few scenes because after the army comes around for the recruitment drive Bharat (Sohail) gets selected to fight in the war.

This is the turning point for Laxman because he has never lived without his brother. They are raised by an uncle (Om Puri) but both have helped each other grow, and overcome bullying as kids — this is all portrayed through a song montage,  Naach Meri Jaan.

There’s a sweet little guy in this movie which makes Laxman get attached to Matin Rey Tangu. As his father has also gone to fight in the war.

The one constant of the film is Laxman’s ability to have faith: that everything will be alright, and his brother will return. And guess who makes that happen? Shah Rukh Khan. The famous scene itself was a tad underwhelming, but SRK’s act brings Laxman a much-needed boost of confidence. Shah Rukh Khan plays a crucial role in the film in one scene with Salman but their scene together, which talks about magic, people hardly felt any magic. The movie did not work as it was expected. However, it is nice to see Salman associating himself with different kinds of scripts with movies like ‘Bajrangi Bhaijaan’, ‘Sultan‘ and now ‘Tubelight’.

All in all Tubelight’s rating is 3Stars.

These are some of the Tubelight public reviews:

Salman performance brings a state of consciousness in which joy,sorrow & fear seems so natural.He took d challenge & perfected it #Tubelight

It’s simple , it’s beautiful , it’s brave , it will touch every chord of your soul and that’s what makes it magnificent !!! #Tubelight

As far as 1st half of #Tubelight is concerned, it has everything for everyone from Children to Adults to the Olds.
My 4* to First Half 👌👌

Finally watched the most awaited movie of the year #tubelight.. Just one word Dont miss this.. @beingsalmankhan nailed it what an emotion

#Tubelight really worked for me. The innocence of the film and @BeingSalmanKhan is heartwarming. Carry your tissues along.

Wishing @BeingSalmanKhan #SKF @kabirkhankk all the luck and love for tomorrow!! Can’t wait to see it tomorrow morning!!! #Tubelight

#Tubelight lights up your life with Hope! @BeingSalmanKhan takes u thru a journey of faith & tolerance! This Tubelight switches you ON!4* pic.twitter.com/hgqbr0wb6L

If you need a custom movie review professionally written from scratch, don’t hesitate to visit the following service to buy review online.