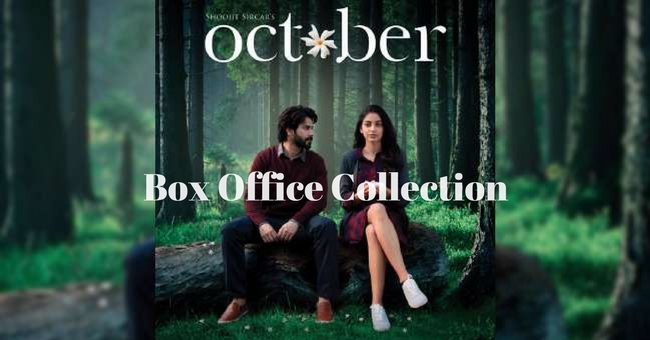 October Movie Box Office Collection– Varun Dhawan’s October movie may have been started with a slow opening at the box office. But after looking at the stats of October 2nd day box office collection, October 3rd Day box office collection, it’s clear that it has been gradually gathering audience after Friday. People are loving this movie. This seems to be one of the best Varun Dhawan’s movies after Badlapur. The film which began its box office journey with about Rs 5 crore on Friday closed the first weekend with a total collection of Rs 20.25 crore. This was only 3 days collection of October movie. October witnessed a sharp deep in its box office collection after the weekend over. On Monday, October earned 2.70 Crores only. The film has already made a box office collection of Rs 30.24 crore till Thursday and enjoying a good word of mouth publicly. On Tuesday, the film recorded earning of Rs. 2.61 Crore, 2.43 Crores on Wednesday and 2.25 Crore on Thursday.

Here is the day-wise break up of October Box Office Collections till now:

It is predicted that the box office collection of October till 2nd Weekend will be Rs. 40 Crore (Approx).

Trade Analyst Taran Adarsh tweeted that October required being consistent with its box office numbers over the weekdays.

Varun Dhawan has time and this time again he proved himself with his acting skills. The charming actor has developed his positive image again with his stellar performance in Shoojit Sircar’s  Bollywood film October’.

Varun Dhawan also reportedly cut down his acting fee for October movie and when was asked about that, “wasn’t even thinking about money when I got the chance to do October. I just wanted to be part of this film.”

He also added, “When I decided to do October, I put my entire soul into it. After Badrinath Ki Dulhania and Judwaa 2, I could have done another blockbuster kind of film. But I wanted to do a character who was not so high on self-confidence. Dan is a bit of an upstart. He isn’t your average hero at all. When I heard about the role, I insisted that Shoojit Sircar cast me, although he had a completely different cast in mind.”

Here is another Interview of Varun Dhawan with Anupama Chopra:

Feel free to share your feedback about the film October in the comments section.