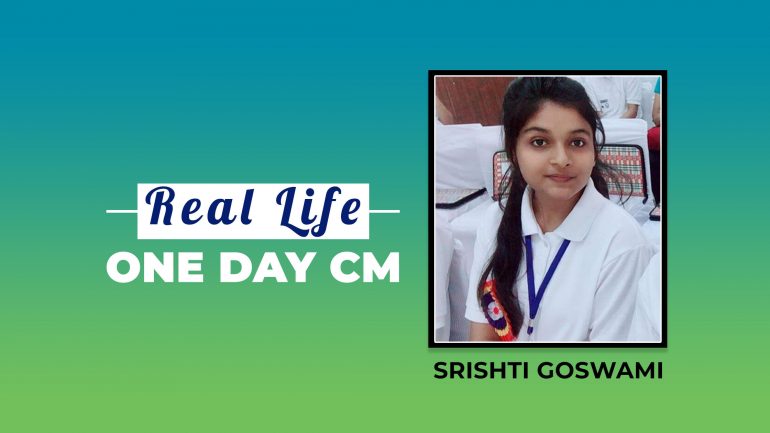 We have seen the movie “Nayak” wherein Shivaji Rao, the character played by Anil Kapoor, becomes the CM for one day and witness the problems that CM faces. But in Uttarakhand, the tale of one-day Chief Minister Srishti Goswami is turning into a reality.

Who is Srishti Goswami?

Shristi Goswami, a 19-year-old Haridwar-based teenager, will become a one-day CM of Uttarakhand. Knowing about Srishti Goswami’s parents, her dad Praveen Goswami is a businessman, and her mother Sudha Goswami is a housewife.

Why Srishti Goswami will become one day CM of Uttarakhand?

On the D day after taking the charge, the state Government officials of Uttarakhand from different departments would present respective plans to her. In this regard, a letter has been sent to the Chief Secretary by the Uttarakhand Child Rights Protection Commission. The President of the Commission Usha Negi announced that the program would take place in the state assembly building from 12 to 3 p.m. Negi also said that the commission has constituted the children’s assembly too.

She will manage from the state’s summer capital — Gairsain and study many schemes run by the government of Trivender Singh Rawat. This includes the Smart City project, the Atal Ayushman Scheme, the Tourism department’s Homestay scheme, and the other development projects for growth.

Shristi is currently pursuing a BSc degree in Agriculture at BSM PG College in Roorkee. In the past, on International Girl Child Day she had participated in several of the programs. In May 2018, she served as Uttarakhand’s Chief Minister Bal Vidhan Sabha.

Why Srishti Goswami will become one day CM of Uttarakhand?

The officials from different departments under the government of Uttarakhand are stated to present a five-minute presentation of their plans before Shristi takes office in CM. In order to ensure that all the top officials participate in the initiative, the Uttarakhand Child Rights Security Commissioner has sent a letter to the Chief Secretary.

Goswami, a student at BSc, described her once in a lifetime opportunity. She says “I can’t believe that it’s true. I am very much overwhelmed. I would surely do my best and prove that youths can excel in the administration while working for the welfare of people.”