Bygone times have witnessed, India was always attacked via North-East side. The north side is guided by mighteous Himalayas and south is guided by the great Indian Ocean. India is sharing a highly disputed border with China and Pakistan. China economically is giant, powerful nation and is a developing nation. Whereas on the other hand Pakistan, it has maintained its goodwill in several blitzkriegs on India and that too with zero success. Except the 1965 riots which was battled equally, Pakistan has always been at receiver’s edge.

Will India and Pakistan Go for a War Again?

In 1947, 1965, 1971 and 1999 Pakistan has sustained a legacy of being the aggressive nation. Being hoggish Pakistan later projected itself widely as an Islamic leader worldwide but it upheld terrorism along. Pakistan’s relations with neighbouring countries started deteriorating after it racks up nuclear power. Due to Pakistan’s diplomacy on each point it has been lonesome, though it has quite good relations with China and Korea. Attainment of the current political leader is pitiful. Prime minister is heedless of vital decisions and the army is arm in arm with Taliban and ISIs. More than the regular government, ISI and army are considered to be more supreme. Pakistan is known for promoting disrupting forces to India and sheltering terrorism. Pakistan has been opposing India in every circumstance and considering themselves equal or superior to India. Pakistan envies India’s rapid growth economically, it is a predominant nation in itself now. One cannot surely claim that Pakistan won’t attack India. Pakistan constantly seeks to cripple India in every minute way. 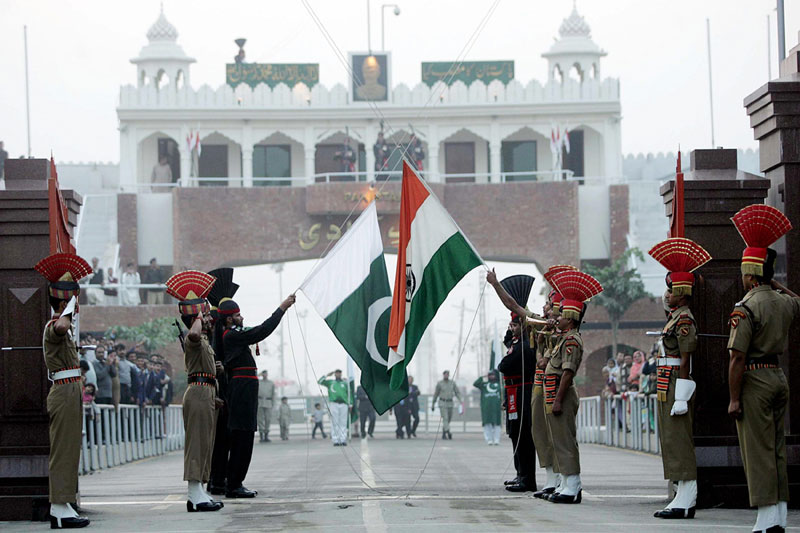 When it comes to nuclear war, it’s the nation and its further coming generation which goes through a lot of sufferings. Pakistan has the surety that India follows no ‘first strike policy’ so India won’t attack first, this gives Pakistan chance to attack first. Pakistan has been into developing its nuclear stockpile gearing high which arises agnosticism altogether. India has been a constant race in manufacturing missiles and weapons with Pakistan. Pakistan does not follow any ‘no first strike’ policy. India being the second strike in war and if it’s nuked then India surely has answers for it. Most likely Pakistan can be considered for giving the authority to use nuclear weapons to terrorists. Pakistan has the probability of using such tactics, it follows dual diplomacy program, at one hand it preaches to maintain good relations with India and on the other hand it in strict confidence promotes terrorism. Pakistan is ill-famed for bias, all hard core stance and guidelines.

For the sake of the economic welfare of India and Pakistan both nations mutually corporate and understand each other. Along with which we hope real democracy approaches in Pakistan, unprovided with terror groups and military caesar. By reaching this stage of economy, battling each other and sustaining giant loss is definitely not possible for both the countries. India and Pakistan must mutually prosper over good friendship and goodwill.