After the Uri attacks, which took place on September 18 since then Maharashtra Navnirman Sena (MNS) has been portending Pakistani actors. MNS activists gave the Pakistani actors in Bollywood a deadline to leave India by 25 September. Raj Thackeray has been walloping on Salman Khan and other Bollywood artists who have been supporting Pakistani actors. The night when the surgical strike took place at LOC Raj tweeted, ‘Our Jawans are battling at the border for our safety. If they decide to put their guns down then who will protect us, Salman Khan? Indian artists must understand that they should prioritise our nation first else we’ll start banning release of their movies too.’ This ploy of Raj got a huge response & social media was full of posts like ‘Go Back Fawad!’. On Friday, the Indian Motion Picture Producers Association (IMPPA) bans neighbouring country actors & technicians from working in India till uniformity gets back in the nation.

After the Indian army successfully conducted the mission, a day after Pakistani newspaper The Nation in an editorial published, ‘Self-destructive battle was carried by Indian army because they were only thirsty for Pakistani soldiers blood’ 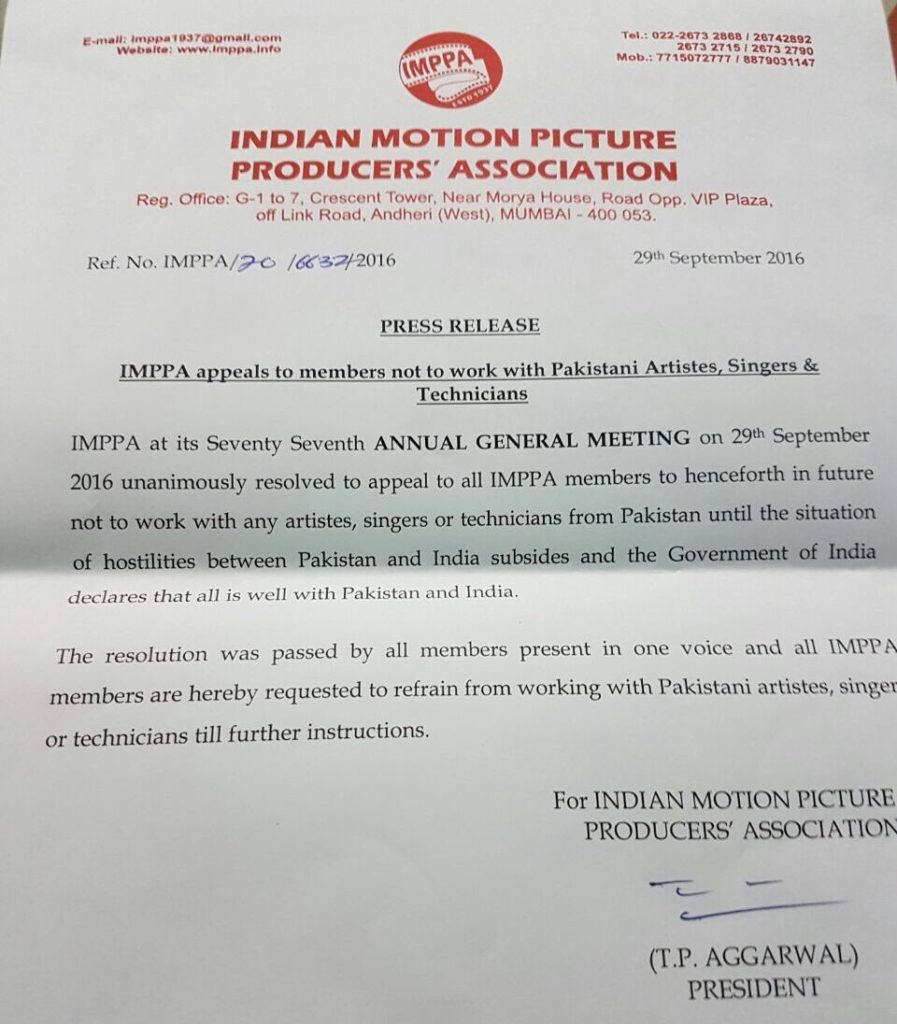 Rahat Fateh Ali Khan was dropped out of his upcoming movie ‘Laali Ki Shaadi Mein Laddoo Deewana’ after the whole controversy. Shafqat Amanat Ali and Atif Aslam’s concerts were scheduled for during upcoming months in Gurgaon and Bengaluru, apparently it has been cancelled too. TL Satyaprakash, the deputy commissioner of Gurgaon said ‘Atif Aslam’s concert has been cancelled keeping in mind the sentiments of our Indian army who died and who are still fighting at the border for us. Nation first then anything else, district administration of Gurgaon gave the suggestion to do so.’ 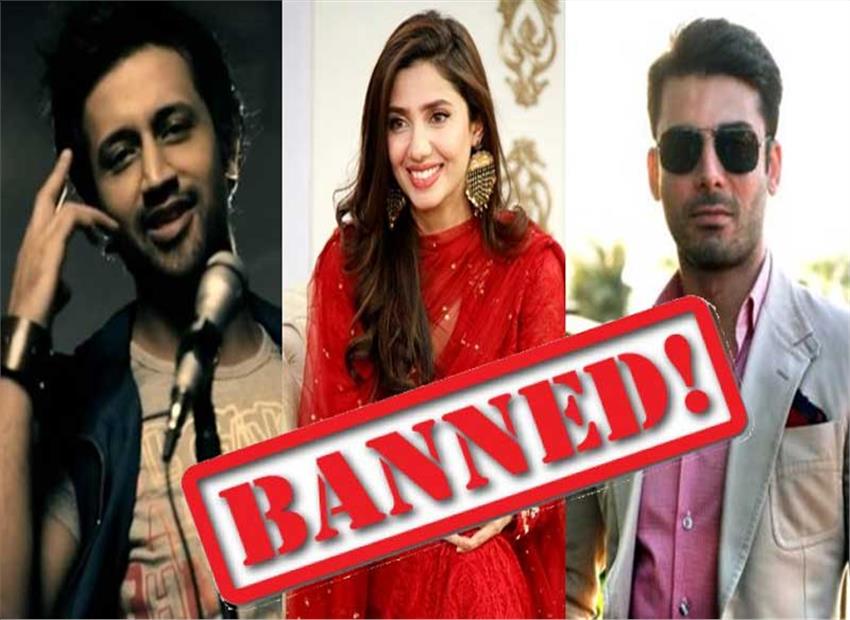 The Vishwa Hindu Parishad (VHP) and the Bajrang Dal wrote a letter for not allowing Shafqat Amanat Ali to perform on 30 September concert in Bengaluru, the letter was accepted by Bangalore Police and the concert has been cancelled. Actors like Manoj Tiwari was seen supporting the ban on Pakistani actors on Twitter and praising the Modi government for it. ‘Dear Zindagi’ Shahrukh Khan and Ali Zafar’s movie, might also get to see some criticism as it will be releasing this November.

Fawad Khan as soon as he went back to Pakistan said, ‘My first priority has always been and will always be Pakistan.’ also he’ll not be coming back to India for the premiere of his upcoming movie ‘Ae Dil Hai Mushkil’.