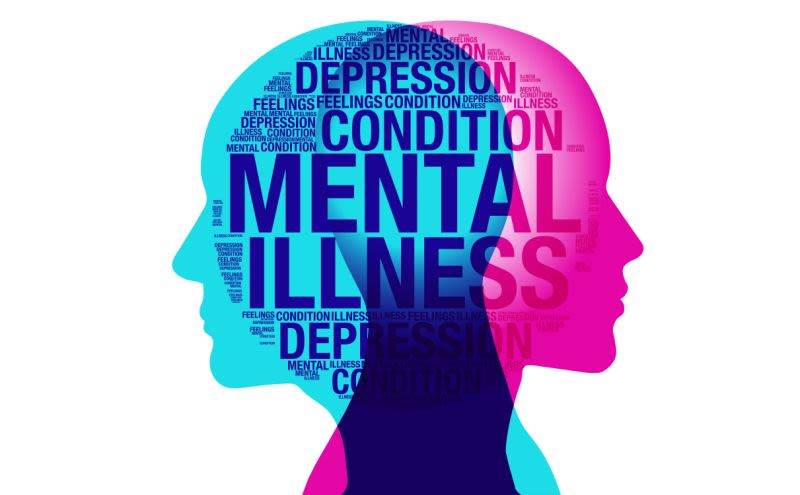 However, many people still believe antiquated adages about mental illness and perpetuate inaccurate and harmful stereotypes that hinder overall progress.

It has never been more important than the present to prioritize mental health, and fortunately, many online resources exist to help people with their mental health. Mind Diagnostics provides users with self-administered quizzes to help determine whether current or past symptoms are signs of mental illness. The quizzes are tools that users can then take with them when seeking professional help. To learn more, visit Mind Diagnostics today.

This article will cover some of the risks of perpetuating misconceptions about mental illness and some ways to remedy them.

In a 2010 study, researchers found a parallel between poverty and mental illness, citing that mental illness was more prevalent in members of Scheduled Castes (SC), Scheduled Tribes (ST), and Other Backwards Castes (OBC).

The study revealed that people in lower castes, already faced with job insecurity, had a much greater risk of losing their work due to mental illness and its stigma.

The study suggests that a negative feedback loop exists among SC, ST, and OBC with regards to mental illness. When someone is suspected of having a mental illness, the stigma burdens an individual from finding and keeping a job.

Some of the false beliefs about mental illness include believing that the mentally ill are violent, unpredictable, and cursed. Some also believe that people with mental illness are weak, cowards, or not ‘trying hard enough.’ When someone is suspected of having a severe mental illness (SMI), they are discriminated against and have less of a chance of keeping their job.

Mental health services are also not as commonplace in India as in the West, even less so for SC, ST, and OBC. These stress factors intensify with caste stigma and further deepen poverty, making multigenerational poverty a likely scenario.

There seems to be a severe information gap surrounding mental illness across every caste in India. Without proper knowledge or education, false beliefs will continue to propagate negative emotions and further burden someone’s path to healing.

More should be done to address this information gap, including government programs to educate the people and campaigns to encourage people to speak about mental illness.

Because of the extreme stigma against SMIs, people may feel shameful and develop lower self-esteem because of their mental illness. As a result, they will avoid speaking about their issues and how they feel, so they’re not seen as social pariahs.

This attitude towards mental illness may perpetuate the cycle of shame throughout generations and continue the mistreatment of lower castes. In time, people may simply accept the harsh treatment and believe they do not deserve any better.

In a 2019 content analysis of a mental health blog, users were encouraged to write about their experience with mental illness anonymously. Many users echoed similar feelings of isolation and loneliness, as can be seen in the example below.

I have no idea how to talk about depression with my peers, colleagues, relatives or friends. There are times when I isolate myself completely, avoiding any communication. (Male, 25)

Public forums and online groups can assist people living with mental illness but cannot speak about it in person. However, this option is only available to people with access to the internet and does not include people in extreme poverty.

A countrywide push to educate and provide safe spaces may help people feel comfortable sharing their experiences with mental health. However, more can also be done to provide access to mental health services to people in dire circumstances.

In a study conducted in 1998, medical students were asked their views about mental illness. Nearly 20% of students stated they would likely commit suicide if they developed a mental illness.

Another study in 2017 found that suicide rates had been on the rise since 1997. Furthermore, suicides were positively correlated with the prevalence of depressive and anxiety disorders.

According to the India Crime Bureau, India had a total of 381 daily suicide in 2019.

Unfortunately, this trend continues upward every year. The sad reality is that statistics cannot do justice to a person living with depression or anxiety disorders. The amount of struggles that youth and adults must face with mental illness is staggering and must be addressed to prevent this trend from growing.

Along with the destigmatization of mental illness, more efforts should be made to grant mental health services to urban and rural cities.

In 2016, Shah Rukh Khan, or SRK, stunned the world when he played a mental health professional in Dear Zindagi. The film received critical acclaim and showed India and the world an alternative approach to confronting mental illness: with love, patience, and understanding.

Dear Zindagi is one of the growing number of films tackling mental health issues with respect and compassion. Just as movies can perpetuate myths by comparing mental illness to violence and madness, they can also dispel myths and change hearts and minds.

While this is but one solution, it’s a testament that every industry and sector can play a part in dispelling the taboo of mental health in India.

THE BEST PEMF MACHINES IN 2021