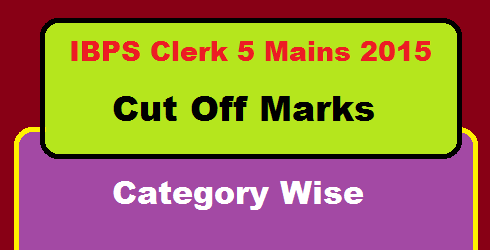 Institute of Banking Personnel Selection is responsible for the conducting and taking care of the Clerical Cadre Examination for all the banks tied up with IBPS. In 2015, IBPS announced the IBPS Clerical Cadre 5 Examination. For which candidates applied and appeared in the Preliminary and Mains Exam. The final Clerk Mains Exam was conducted on 2nd and 3rd January 2016. So after the exam, all the candidates calculated the marks they might score in the examination. Now, they are searching for the IBPS Clerk 5 Main Cut Off Marks 2016 Category Wise and State Wise.