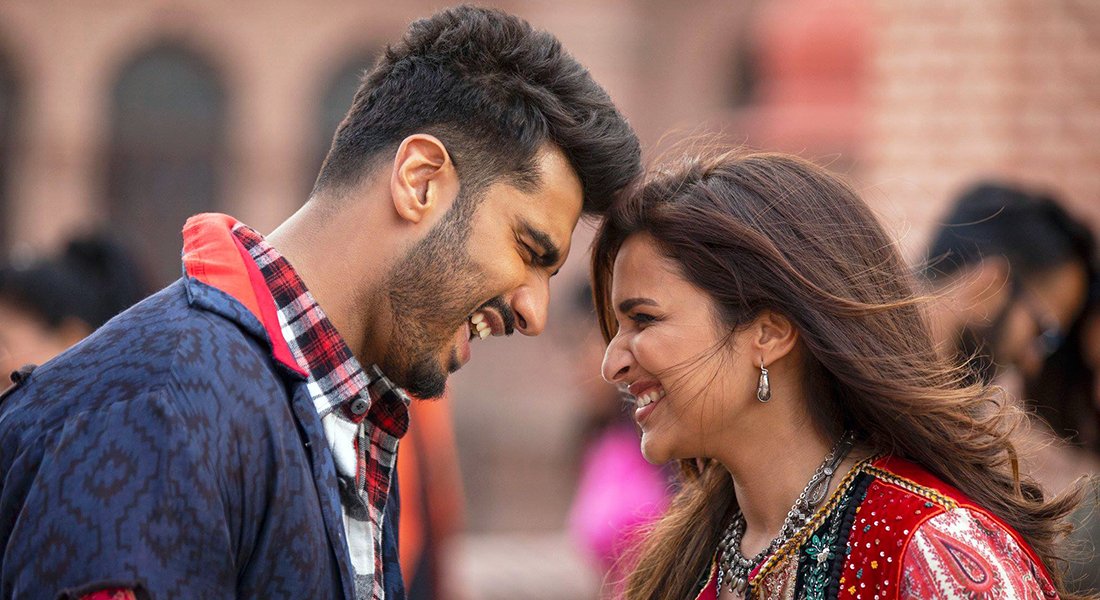 Coming back to the film, it is a trodden story or one can say a big romantic Bollywood drama, where the two small-town lovebirds married each other after a few weeks of flirtatious dating. The two lovebirds Arjun as Param and Pari as Jasmeet has started up with a cute love story in the helm of Punjab, and is surrounded with full of customs, rituals and traditional thinking and finally tied a bond for a lifetime by marrying each other. But, the film comes up with a twist where Jasmeet takes off to England because of her dream to become a jewellery designer and get herself empowered and with that she has a big dream of going to England, for which she left her marriage vows behind and carried off with her dreams leaving Param, since he is not getting Visa for England and because of this many shits arise in his marriage.

On the other hand, the film picturizes the incorrect implication of Migration laws too which is a major concern for the critics since this gives a bad impression on the society and law and order of the country since in the film Param use wrong ways and barred the migration laws for going to England and get his love back and give one more chance to their immature love story.

Have a look at Namaste England Official Trailer-

Since the trailer of Namaste England is got revealed by the director today on Thursday which took the viewers mixed reviews since after a long time where the viewers are keenly waiting for this movie and thought to be a great hit after Namaste London, it is a quite disappointing phase for them but as always there are mixed reactions of their fans. According to the reviews, this film is a great flop for Arjun Kapoor and Pari in their career path, since it is totally a silly film with old wined straight-faced dialogues which even not empathise or evoked emotions in the viewers. The story is beating around the bush for the viewers and ultimately it is a stale film for their leading roles which exhibited zero chemistry of both after a blockbusting movie ‘ Ishaqzade’.

Though on the other hand, some people appreciated the movie because of its songs and the ravishing chemistry of Arjun Kapoor and Parineeti Chopra which fetched the viewers minds since their first film together i.e., Ishaqzade.

For Namaste England, the critics give a below average rating by giving 2/5 star rating since according to the critic it has certain cons which fail to make this film a complete sequel of Namaste London which  receives no comparison with this film due to the stale storyline with barred traditions and unexpected trodden twist complemented with immature and silly dialogues which is completely a time waste  for the viewers. According to critics this film even forgoes the law by exhibiting the wrong means to migrate from a country to another.

A 2.5-star rating given to the movie as per IMDB reviews to this romantic comedy exhibited by the great director Vipul Shah.

The trending romantic comedy needs to face competition with Badhaai Ho featuring Ayushmann Khurana with Sanya Malhotra which is the same day release on this long weekend.

The great trade analyst Mr Girish Johar predicts the earning of 5-6 crore in a day like a box office collection prediction for Namaste England.

But with this, he also thought that the music is not having a universal appeal and not even the trodden love story of two small-town lovebirds downed the heart of the viewers.

On the contrary, it might sound a challenging verdict for the whole cast and crew of NAMASTE ENGLAND.