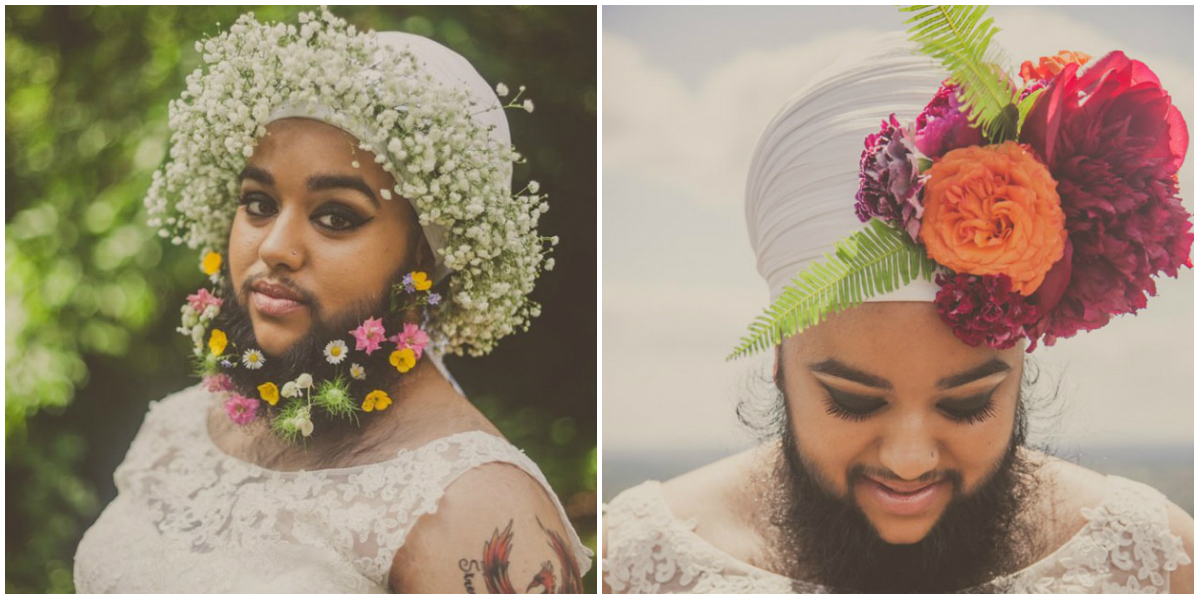 Every man seems to love his beard, whose beard grows perfectly. But this is not about Mens Beard. Today we are going to talk about a Women, who has Beard. And she is proud of it, after struggling with the bullying and battle to Remove her hair everyday.

Harnaam Kaur- The Flower Beard bridal has Polycystic Ovary Syndrome (PCOS). PCOS is a condition in which there is an imbalance in hormones within the female body, means she started growing a beard from aged 11. She tried to remove her hair every day but was unsuccessful. She was even bullied at school, she started harm herself and considered suicide as the one of the option. 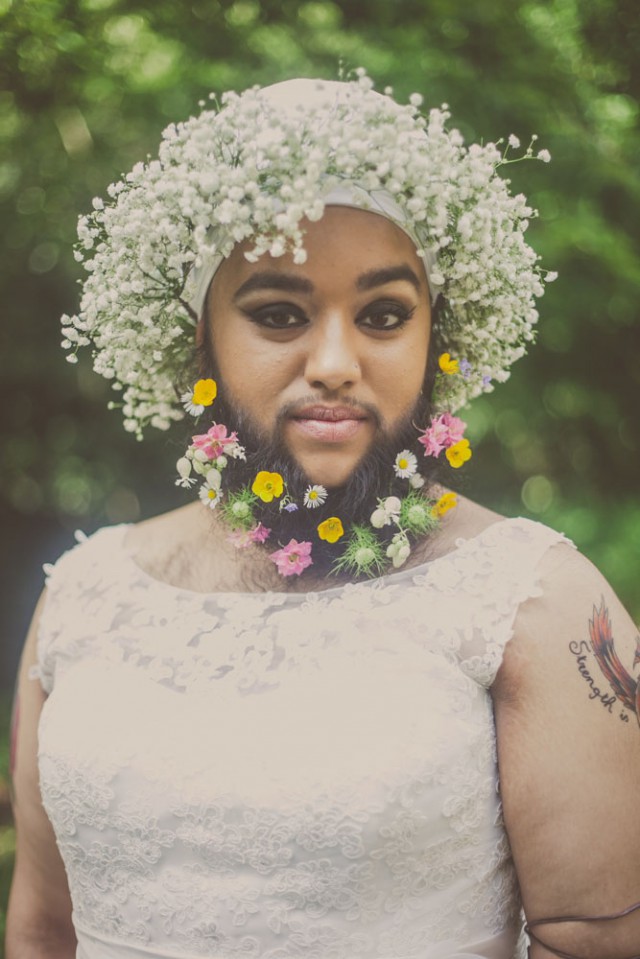 After going through so much, she self motivated herself. And now, Harnaam is now a body-confidence and anti-bullying activist. She embraces her unique look and hopes to encourage others to do the same.

“I am a British born female living in Slough. I am a little different from other women. She was diagnosed with Polycystic Ovaries from a really young age. Leading me to have more male hormones then female ones, and it is also the reason to why I have a beard. I used to have my face waxed 2 to 3 times a week. The Pain was really unbearable so she decided to Shave.” Harnaam said. 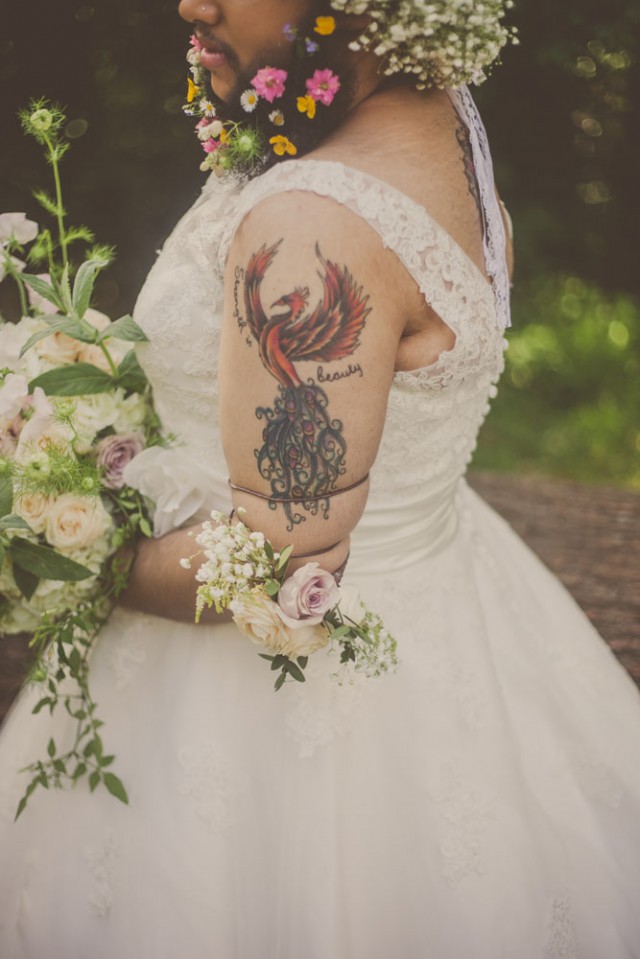 Harnaam also talked about her personal life while the photo shoot. She said “I had a great upbringing and a really happy family life but I was severely bullied all the way through school from nursery throughout to my late secondary school days” She also told that she was even beaten up a few times. Making her very aggressively suicidal.

She was not at all to take this bullying, but at the Age of 16 she also decided to end this. For her, her bedroom was the only safe haven. Instead of taking any bad step she started to counsel herself. She said she explained herself that ‘The energy you are putting into ending your life’. She decided to put all that energy into turning your life around and doing something better’.

From that point she decided, what she wanted to be. She said “I decided to keep my beard and step forward against society’s expectations of what a woman should look like”. Now she’s not suicidal and does not self harm. “Today I am happy living as a young beautiful bearded woman” She also Realized that this body is her. She own it, She do not have any other body to live in so I may as well love it unconditionally.” She is now so confident and happy that she said, that she love her beard, stretch marks and scars. These elements are the one which make her who she is.  “We need to realize that every one of us is different”, she advises. “We are all imperfectly perfect. I wanted to show society that beauty isn’t just about looking a certain way, we are all so different and we should all celebrate our individuality.”

Love yourself, YOU are the only YOU that YOU have.