The movie is set to arrive in theatres on April 15, and Johar, who has worked with both of them in the past, says he is “dying” to watch the film.

“Fan”, a thriller, has been directed by Maneesh Sharma and produced by Chopra under the Yash Raj Films banner. The much-anticipated movie will see Shah Rukh, 50, in double avatars, a superstar and his look-alike fan. 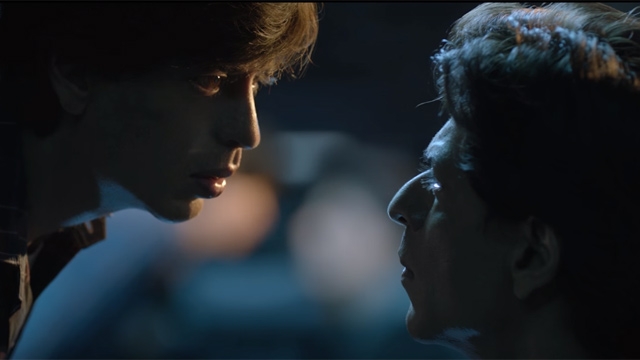 Dying to see #fan! @iamsrk…do you think Adi will show it to anyone before the 15th??? pic.twitter.com/YS9GEFDEIF

Johar began his Bollywood journey by assisting Chopra on “Dilwale Dulhania Le Jayenge” and after working as an AD on a few more movies, ventured into direction with “Kuch Kuch Hota Hai”, which starred Shah Rukh in the lead.

Since then, Johar and Shah Rukh have teamed up on various hits like “Kabhi Khushi Kabhie Gham”, “Kal Ho Naa Ho” and “Kabhi Alvida Na Kehna”.