Virat Kohli and Anushka Sharma Broke Up? Is it truth or fake news? Check here reality of Anushka Sharma and Virat Kohli Break Up News. The Season of Break Seems not stopping, after the Break up of Ranbir- Katrina, the time for another break up has arrived. Virat Kohli and Anusha Sharma Broke up News has came up. There break up news has been all over the place, everyone is talking about. But the reality has been known to none till now.

So let’s dig deeper and see what is this all about, and what’s the truth behind their Breakup. EduMovLive.com brings you the true news about what has happened and what might be possibility.

Why Virat Kohli and Anushka Sharma Broke Up:

From Where Virat- Anushka Break Up News Raised?-

Virat Kohli and Anushka Sharma Broke up news has taken over many other news of the Year starting. The News was first to be on the basis that Virat and Anusha unfollowed each other on Instagram and most probably on twitter. So unfollowing your loved ones is now a kind of break-up. That’s new in India. So if you wanna break-up you can unfollow them and it will be declared as a Break-Up. Then the Truth came up as the actual reasons.

Recently Virat Kohli Proposed Anushka Sharma for Marriage, which Anushka turned down saying her career to be a priority right now. That’s a reasonable reason. But Virat seems to be in hurry to get married due to which they got into huge fight and had a Breakup. There is one more possibility that actually they didn’t broke up, they are just having a fight and stop talking to each other. They have been always adorable couple. Even going through ups and down. Recently, when Virat Kohli performance was going through a bad phase. Anushka was blamed for his bad performance (that’s bit a sad part). But they came up as a strong couple. Virat stood up with her in every fight and they were also seen coming out of Airport after strong obligations. 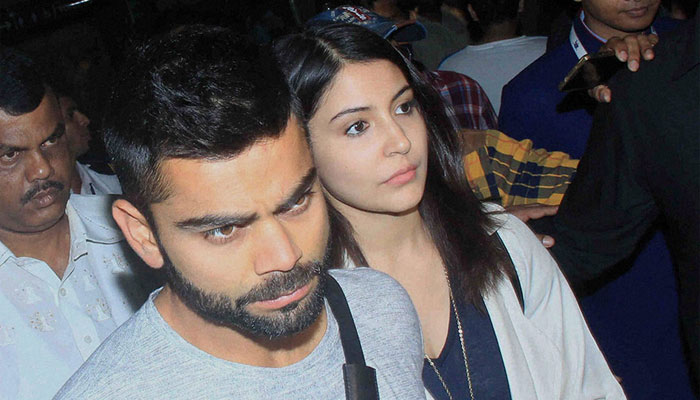 So this fight might end well, and we could hear some good news in future about them getting married. There are so many break up and divorce already going on in Bollywood. Ranbir- Katrina, Malaika-Arbaaz, Farhan- Adhuna. If the breakup news of Bollywood Celebrities start coming up like this back to back, we might need to create a new category Bollywood BreakUp News. :p

Keep connected to EduMovLive.com as we will keep you connected with all the information in full details.