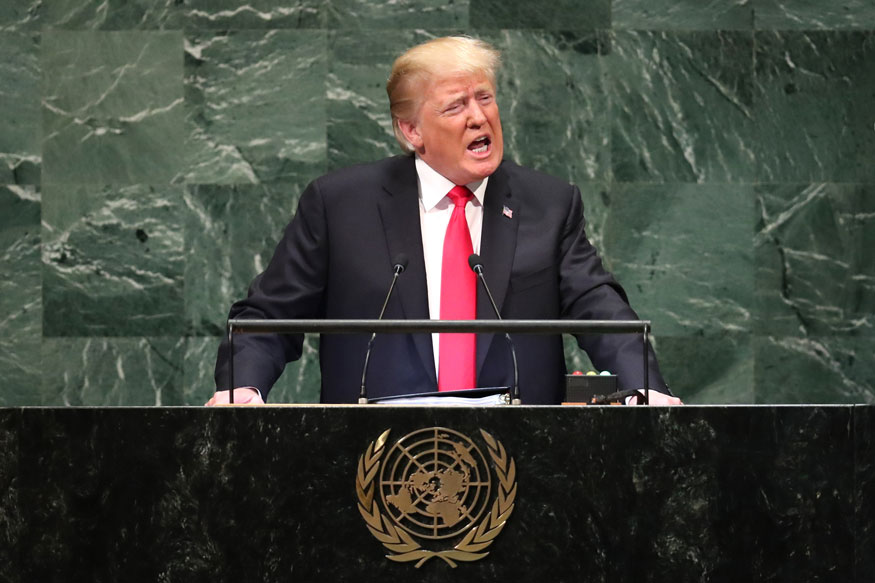 United Nations: US President Donald Trump evoked laughter at the UN General Assembly as he boasted about his administration’s accomplishments in his speech.

“Today, I stand before the United Nations General Assembly to share the extraordinary progress we have made. In less than two years, my administration has accomplished more than almost any administration in the history of our country. So true,” Trump said at the top of his speech.

His remarks elicited laughter from the world leaders gathered in the UN General Assembly hall for the General Debate.

“Didn’t expect that reaction but that’s okay,” Trump responded, as the delegates in the UNGA hall laughed and clapped

Trump said America’s economy is booming like never before and since his election, the US has added USD 10 trillion in wealth.

“The stock market is at an all-time high in history African-American, Hispanic-American, and Asian-American unemployment have all achieved their lowest levels ever recorded,” he said.

Trump said his administration has added four million new jobs including half a million manufacturing jobs and has passed the biggest tax cuts and reforms in American history.

“We have started the construction of a major border wall and we have greatly strengthened border security. We have secured record funding for our military, USD 700 billion this year and USD 716 billion next year. Our military will soon be more powerful than it has ever been before.

“In other words, the United States is stronger, safer, and a richer country than it was when I assumed office two years ago. We are standing up for America and the American people, and we are also standing up for the world,” he said.

Will there be no night on August 12? What’s the truth?