Almost every long time Facebook user must have stumbled upon an emoticon of a guy facing upwards to the right. But, most of them do not know anything about it. Is it just an emoticon or there’s something more to it? This emoticon could be seen on your screen if you type “:putnam” on Facebook although it no longer works. So, what does Putnam stands for? Putnam is the last name of a man named Chris Putnam who is also known as The First Facebook Hacker. 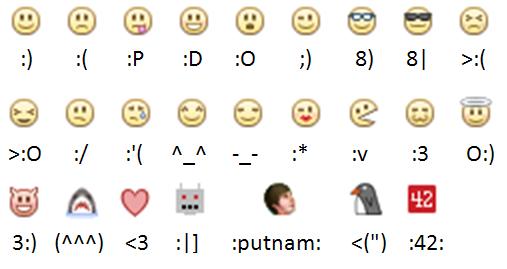 Chris Putnam is now working for Facebook as an engineer. But, this first Facebook hacker did not give an interview for getting the job in a traditional rather he was offered to come up and give an interview by Dustin Moskovitz, Facebook Co- founder.

Around the end of the year 2005, Putnam along with his friends Kyle Stoneman and Marcel Laverdet carried out a series of pranks on Facebook. They created an XSS- based worm which spread through Facebook profiles. This worm code copy itself from profile to profile silently and promptly. And the code was under Putnam’s control so he could change any time change the script running on everyone’s profile affected by it.

Before seeding the worm, they wrote JS library that replicated some of the Facebook’s functionalities like wall posts, adding friends, messaging, poking and more. Thereafter, he made the ‘first generation’ of worm which upon execution would silently send a friend to his Test Account. Therefore, it let him track the number of users infected by it just by seeing the number of outstanding friend requests on that account’s homepage.

Simultaneously his friends, Marcel and Kyle were devoting their time on comedy: a CSS stylesheet that could restyle Facebook profiles into MySpace profiles identically. So, first generation worm showed three symptoms to detect an infected profile which was re- styling of profile like a MySpace profile, sending a friend request to the test account and copying itself to your own profile. Though these modified profiles did not last even a full day it was enough to irk Facebook with complaints. It even caught Facebook employees getting affected by it. And this is how first Facebook hacker came into being. 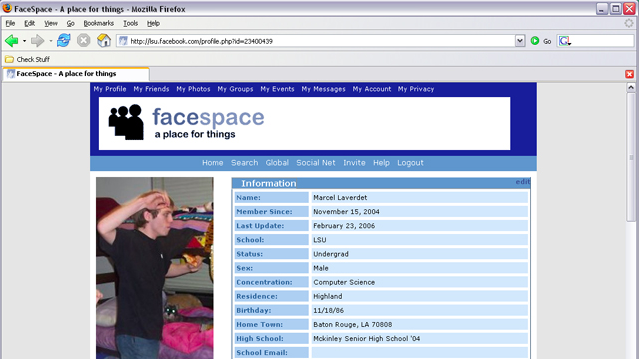 In Putnam’s words, “The modified profiles lasted less than a day before Facebook started getting complaints. And this quickly led to a series of hilarious friend requests of numerous employees at Facebook as they got infected, including internal test accounts known as “The Creator”. Seeing that infection we thought we got Mark Zuckerberg at that point and declared the operation a smashing success. [note: “The Creator” was not Zuck’s account, and I’m not actually sure if he got hit with the worm or not]”

As Facebook started rolling out the fixes for worms, Putin got a message from co-founder Dustin Moskovitz as it was pretty simple for them to acknowledge his identity by observing the continuous interaction of worm with his Facebook account and the contact information in the CSS file as well as source code.

Putnam stated, “I’m having a hard time finding the exact text of his message right now, but it was along the lines of – Hey, this was funny but it looks like you are deleting contact information from users’ profiles when you go to replicate the warm again. That’s not so cool.”

In no time, this advanced as a frequent conversation between them both talking about the worm in detail and other relevant stuff.

In 2016, the month of January, Putin’s friend in San Francisco offered him an interview which seemed like a great opportunity to him and he told Dustin about it to which the latter replied with an offer of an interview with Facebook. He was initially unsure about it as something similar had happened to a man who made harmless worms and MySpace as well offered him an interview but got him arrested once he arrived. Albeit with a dubious mindset, Putin did go to California where he was welcomed by Dustin warmly which was a relief for him.

The interview went reasonably well and the first Facebook hacker was right away hired by them. In fact, he started working a few days after days later only. They were also able to convince Marcel to join them though Kyle was less interested in Facebook.

Putin says he will forever be grateful for the company being so sympathetic towards people like him and believes that this quality is something which sets them apart.

You can also check out the video of Chris Putnam himself telling his story in an interview.