Are you facing weak wifi signal issue at home? You should try wi-fi range extender or wireless repeater at home. A wireless extender is a kind of repeater, which receives a digital signal via the electromagnetic or different optical mediums and reconstructs the signals to the next step of the medium. The range extender will be placed between the base access point and one with the client who is far away from the acceptable service holder.

Wi-Fi Range Extender- How does it work?

The wifi range extenders pick up the signal from the access point and transfer it via retransmitting it. Ranger Extender will connect to an extended existing router and will increase the range of the signal by typically re-broadcasting it. You can easily boost your network range via wifi extender. 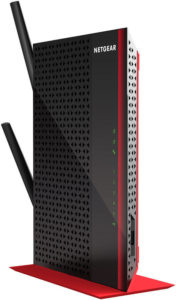 contains two wireless routers which can easily picks up the existing wifi network and increases your area of coverage. The top Wifi range extender ensures that you have the wifi network at almost every corner of your home.

The main point to be notified while using a wifi extender is that one should keep the extender in the right place, the place should be in such a way that it should grab a strong signal. Wifi boosters take only a few minutes for installations and provide you with the best home coverage. They will directly boost your signal strength bandwidth.

Before setting up or choosing of a finite wifi extender, one can setup a web analytics app which can help in certain ways to easily manipulate the working of the wifi extender with the most effective ways. Wifi analytics app will not only help in optimizing the home network of yours but also check the network status. It will monitor the signal strength and also identifies the wifi channel with the lowest traffic possible and lowest interference possible.

What more is required is that if you wish to extend your wifi booster in a more firm way than you can extend the range via the dual band range extender as well. Dual band extenders are the kind of routes which can connect to your router from both the bands and attach to your device from the same time dually. This will help you in extending the utilization of the maximum speed on each band and increase the wifi speed to the fastest extend as it can.

So by now, if you are looking for the best range extender than what are the points which you can consider while buying it so are that the extender must be in the range in between the signal source and client device source. Apart from it, the associated encryption keys must be signal encrypted as much as they can. The extender must have a static IP Address and thus it is identified as client. The range extender must uses the chipsets kind of things and software’s in order to go for the base routers or the access points.

How to Find the Best Place to Install Wifi Range Extender?

Which is the best Wi-Fi Range Extender?

If one is wondering what are the best wifi locators can be then they can look for the routers including D-Link DAP 1320, Netgear EX3800, Netgear Nighthawk AC1900 EX7000 and D-Link DAP 1320. There are much more one can search for in the market.

Although, for running the wifi locators, the straight forward setup can also be done by simply plugging in the extender and then hit the WPS button on the side. Then it will only next thing which makes the wifi to run actively. In some routers, it can be required to do so twice or thrice but it will totally worth it as it will help in increasing the bandwidth of the wifi signal along with the coverage. Apart from it, the wifi router locator can also be configured via the web browser too.

As it has already mentioned above few of the best wifi extender, so reviewing few lines about them is a must. NETGEAR EX6200 is one of the best options as it is a powerful dual band extender which is highly versatile and affordable. It is significantly faster than even the fast Ethernet standard. Another one is Linksys RE6500 which provides a bit more coverage area than the other routers and which are having the high security features. This may be a better choice for the one who is not looking for the cost price but is looking for the features. Its audio input jack is also very powerful.

NETGEAR EX3700 is also a very finest router which can be available at a very low price cost. It is a dual band and is compatible with all kinds of AC wireless technology input devices. It is a kind of inexpensive package relatively to other routers. The next one includes the DLINK DAP 1520 wifi extender which can plug into any kind of socket in any of the walls and which can effectively extend your router’s coverage as soon as you wish to extend. You can also restore or save the devices set into the form and can use it later.

Thus using the wifi extender is a good idea if you are looking for the devices which must be helpful for you in increasing the network speed of your internet and increase the network data availability to a larger area. It is true if you go for the quality and features rather than the cost price, then the deal will be more profitable to you as compared to the other deals.